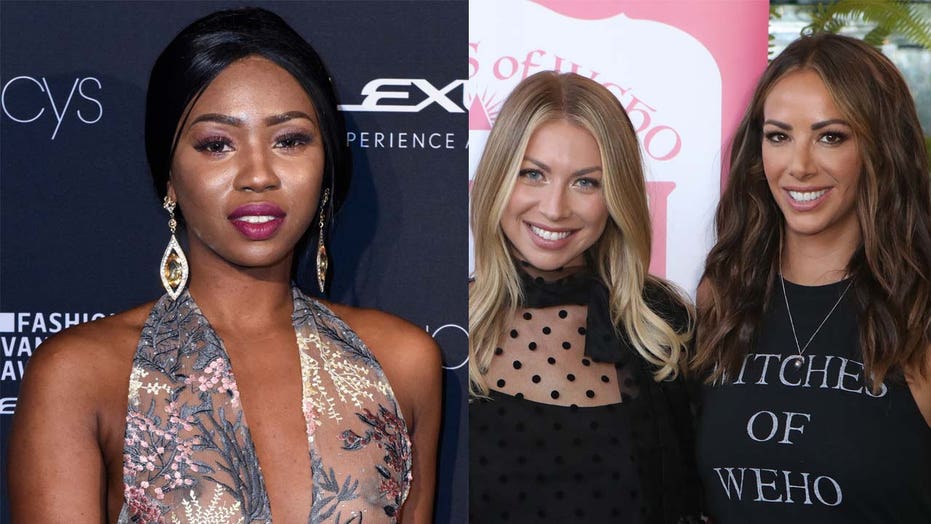 On Tuesday, Bravo confirmed that it had fired Stassi Schroeder and Kristen Doute after Stowers, 31, accused them of calling the cops on her, suggesting she committed crimes that she hadn't.

Following the firings, Stowers spoke with Page Six, expressing her happiness with how the problem was resolved.

“I feel so vindicated studios and production are able to see blatant racism and make these positive changes and help move the race forward -- help with the fight forward,” Stowers said.

The reality star said that just before she heard the news, she had been praying with her family, explaining that a sense of "glory" came over her.

"I felt God’s presence and I’m seeing now [that the news has been revealed] maybe that is what that was," she said. "He gave me a sign of optimism meant to be hopeful and showing that all of this was worth it.”

Stowers told the outlet that she's "glad" she spoke up, having put herself "in the line of fire" because she wasn't sure what was going to happen when she did.

“Now I’m seeing Bravo follow suit, releasing women that have given crazy ratings for them because they want to be on the right side of history,” she continued, “and I’m seeing people are finally hearing us.”

Stowers stated that production companies should be “ready to hire casting directors and producers of color to make sure these changes are not just a one-time thing.”

The star said that an article was posted online of an African-American woman who was allegedly wanted for theft, and Schroeder and Doute thought Stowers looked like the woman and reported her.

Both Schroeder and Doute have publicly apologized.