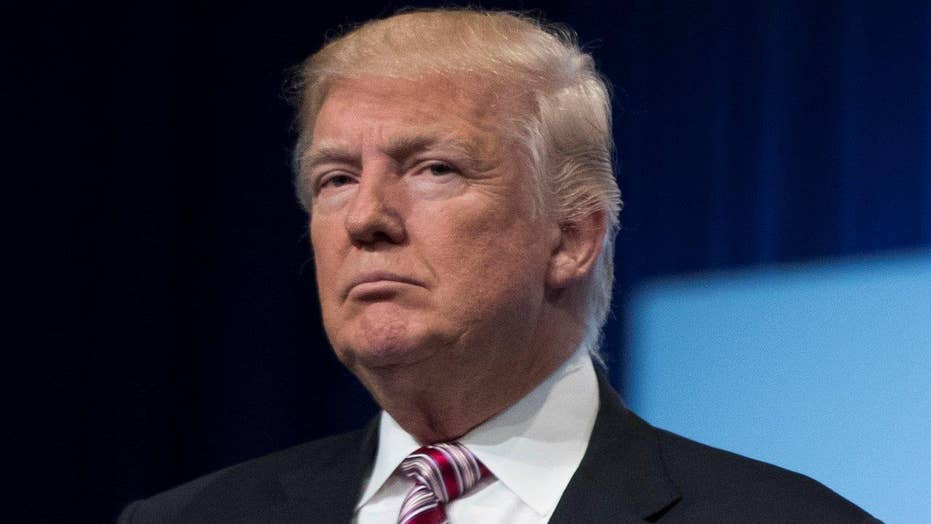 Larry Sabato breaks down the electoral race on 'America's Newsroom'

A Florida-based father is facing off against Donald Trump.

Jeff Popick is the manager of the band USA Freedom Kids and the father of one of its member. He told FOX411 he’s planning to sue the GOP nominee because he says the Trump camp never reimbursed him for travel costs or gave USA Freedom Kids the chance to perform after the group’s scheduled performance at a Trump rally in Iowa was cancelled at the last minute in January.

Popick said he is only resorting to a lawsuit because he said the Trump camp kept giving him the runaround on when USA Freedom Kids would perform again following their Iowa cancellation and then went silent.

“I don’t envision [the lawsuit] to be millions of dollars,” Popick told FOX411. “It’s the morality issue of doing the right thing and the Trump campaign has not done the right thing by these girls.”

“The girls love to perform so that’s what I wanted on behalf of the girls,” Popick added. “How many times do you give someone to make it right? It was all about performing, not about money.”

Popick said he gave the Trump camp one final chance with a “demand letter” addressed to a member of Trump’s advance team, George Gigicos, on July 9. In the letter Popick writes: “George, truth be told, I’ve been TOO patient and TOO loyal and have allowed horrible and abusive treatment that has worked to our severe detriment. You have made us broken promises galore, to the extent that they are not only deplorable, but downright actionable.”

Popick said the group’s first album “Freedom Reborn” is tentatively planned to be released in six weeks but will now not include the track that made them famous: “Freedom’s Call,” AKA “The Trump Jam.”

FOX411 reached out to the Trump campaign and to Gigicos but got no reply.