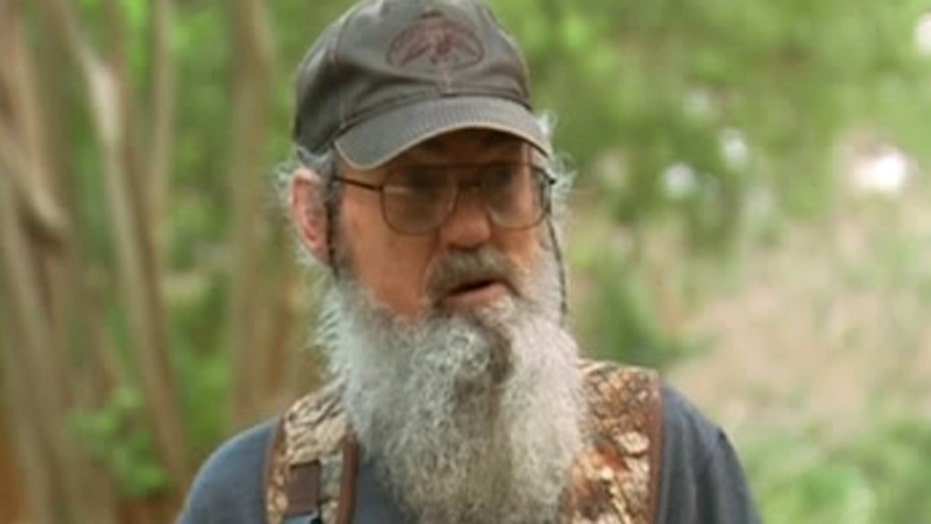 Uncle Si opens up about faith, reveals who he's voting for

Uncle Si is back with a new book. “Si-Renity” features the “Duck Dynasty” star's musings on faith, family and playing poker. Robertson spoke to FOX411 about his latest book and who he's going to vote for.

FOX411: What will you do when the show goes off the air?
Si Robertson: Matter of fact, I just did 10 episodes of a new show. One of the episodes is me going to Nashville to get into the music business. I'm really going to do that OK? I have a musical career that I'm trying to start right now.

FOX411: Have you been following the election closely?
Robertson: I've been looking at it. They asked me who I was going to vote for, and I said I'm gonna vote for God as President. First of He cannot lie, second He's going to do what's right because he loves the United States of America because He's been with us since the founding of it and then plus that's the truth of the matter. That's the standard you should use.

FOX411: Like what?
Robertson: Take Make-A-Wish Foundation. These kids are dying of cancer, and the last thing they want do is see me or my brother or Willie or Sadie. They're dying and their last wish is to see the Robertsons, and that's amazing to us… and it's happened to all of us. We've said a prayer for them, and then the Almighty healed 'em. It's a pretty neat thing to watch God's work.

FOX411: You say we don't do enough for veterans.
Robertson: That's true. Look we send them off to war OK? We send them over there and we ought to look after them when they come back.

My son had that post-traumatic stress from what he saw over there. He did eight tours of Iraq. I hadn't thought about it ‘till he had one of those episodes one day. His wife called me, and I went over to help her because he was out of it. And afterward we got to talking and he said, “Dad you've got to understand. I've got three years of that in my mind.”

And I didn't even think about it that way. We have some of our soldiers who've done seven or eight tours either in Iraq or Afghanistan, OK? So they're dealing with a lot of trauma. We need to do a better job when they come back. Take care of 'em better.

FOX411: How much iced tea do you drink a day?
Robertson: About two gallons. My wife was worried about that. She said, “You need to go to the doctor about that.” So to make her shut up about it, I asked him, “Doc, hey my wife is worried about me drinking all this tea” and he said, “Do you go to the restroom quite frequently?” And I said, “I do” and he said, “As long as you're doing that you're good to go.”

We were on the Dr. Oz show, the whole Robertson clan and he asked everyone who do you think has the healthiest liver? And Dr. Oz said I had the healthiest liver and the reason is [I drink] all that tea and tea has enzymes in it that are good for the liver.