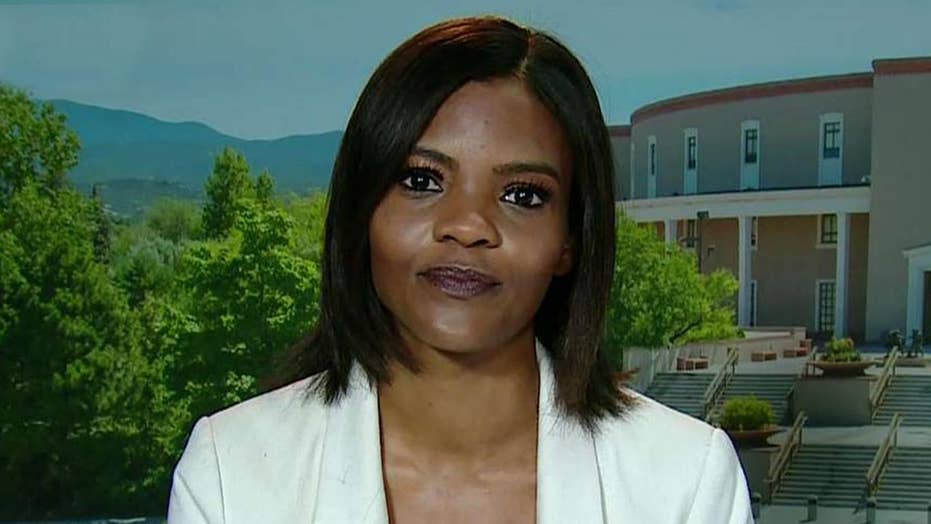 Owens: Nothing 'savagely wrong' with disagreeing with Dems

Candace Owens reacts after Sen. Cory Booker says there is something 'savagely wrong' in America and discusses the outrage over New York Times' new editorial board member.

Twitter apologized Sunday after locking out conservative commentator Candace Owens from her account after she was accused of violating the social media platform’s rules.

“BLOWN AWAY by the amount of patriots that just came to my side to make this happen,” Owens said in a tweet, adding she was “blessed to know you all.”

“Black people are only fit to live underground like groveling goblins. They have stopped breeding and will all go extinct soon. I enjoy being cruel to old black women,” Owens tweeted.

Owens also swapped in Jewish people in a tweet that has since-been deleted.

Kirk and Katrina Pierson, a senior adviser to President Trump’s 2020 campaign, were among the conservatives who slammed Twitter over Owens’ brief banishment.

“UNREAL! @RealCandaceO has been banned from tweeting for 12 hours because she allegedly violated Twitter terms in service,” Kirk wrote in a tweet. “She tweeted nothing wrong! And interestingly @sarahjeong hasn’t been banned or suspended. Why was Candace banned? Because she is a conservative.”

Pierson added: .@RealCandaceO was banned by @Twitter because @Jack approves of racists attacks against white people and this proves it. She literally quoted the #NYT editor swapping race. I wonder what would happen if all #whitepeople deleted the Twitter app one day? Snapchat anyone?

The New York Times last week revealed it was standing by its hiring of Jeong despite several derogatory tweets of hers aimed at white people.

“We hired Sarah Jeong because of the exceptional work she has done … her journalism and the fact that she is a young Asian woman have made her a subject of frequent online harassment. For a period of time she responded to that harassment by imitating the rhetoric of her harassers,” The Times said in a statement. “She regrets it, and The Times does not condone it.”

The paper said it had “candid conversations” with Jeong during the interview process that included a “thorough vetting” and review of her social media history. The Times said it is “confident that she will be an important voice for the editorial board moving forward.”