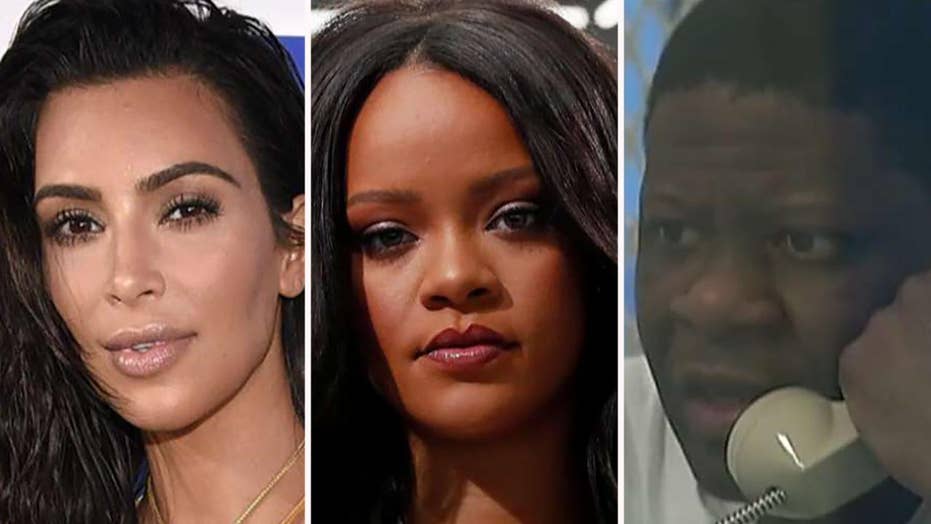 Kim Kardashian arrived at the White House on Wednesday, hours after thanking President Trump on Twitter for commuting the jail sentences of three "deserving" women.

Fox News can confirm Kardashian arrived at 11 a.m. dressed in an all-white power suit and her hair slicked back in a braided ponytail. The reality star-turned-criminal-justice activist was spotted snapping photos with her cell phone while in the parking lot alongside the three female inmates Trump commuted and Alice Marie Johnson.

Minutes before her arrival, Kardashian, 39, posted a photo with the women on her social media accounts.

Kardashian took to Twitter early Wednesday to announce her impending visit to Washington D.C., where she plans to discuss prison reform.

"President Trump commuted the sentences of three really deserving women. I didn’t hear much about it in the news so I wanted to share with you their stores! I have the pleasure of spending the day with these women today along with @AliceMarieFree who helped to pick these women," Kardashian tweeted.

The "Keeping Up with the Kardashians" star then revealed the three female inmates' names and photographs to her nearly 64 million followers. The first is a woman named Crystal Munoz, who Kardashian-West said was sentenced to 20 years in prison for conspiracy to possess and distribute marijuana.

"She left behind a five month old baby & was pregnant," the KKW Beauty founder wrote on Twitter. "Crystal was shackled by prison guards during the birth of her second daughter. Her case was highlighted in the First Step Act."

Judith Negron is the second inmate Kardashian-West introduced. Negron was sentenced to 35 years for conspiracy to commit health care fraud.

"After trial she received the longest sentence ever given to a female for a white collar crime. A mother, she left behind two young sons. This was Judith's first ever offense," Kardashian continued.

The third inmate commuted by Trump is Tynice Hall, who was handed a 35-year sentence for a "first time non violent drug conspiracy," Kardashian wrote, adding that Hall's boyfriend "used her house for his illegal drug activities" when she was 22.

"Tynice rehabilitated herself and prepared for a future outside of prison by completing numerous classes and becoming certified in various trades," Kanye West's wife tweeted.

Kardashian, through her friendship with Ivanka Trump, first brought the case of great-grandmother Alice Marie Johnson, who was serving a life sentence for a nonviolent drug conviction, to the president's attention a couple of years ago.

Trump commuted Johnson's sentence in 2018, and adviser Jared Kushner developed the bipartisan “First Step Act” that helps ex-convicts get back into the workforce and decrease recidivism. Trump signed it into law in 2018, USA Today reported.

Kardashian has met with Trump at the White House multiple times -- most recently in June -- and she has advocated for others like Cyntonia Brown who was serving a life sentence for a murder she committed when she was a 16-year-old prostitute and Matthew Charles who was released in error and made to return to prison after serving 21 years for a drug offense.

Tennessee Gov. Bill Haslam granted Brown clemency in January 2019, which allowed her to be released on parole last year and Charles was released from prison in 2019 after Trump signed the “First Step Act.”