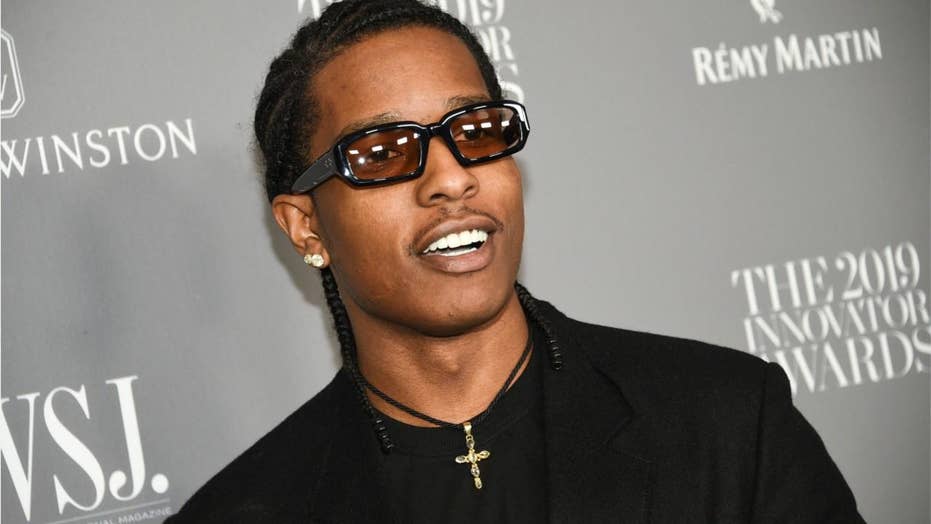 U.S. Ambassador to the European Union Gordon Sondland mentioned A$AP Rocky's name on at least five separate occasions in relation to the American rapper’s jailing in Sweden. The rapper's ordeal reportedly helped trigger Sondland's memory about the phone call between himself and the president.

A$AP Rocky made an unlikely cameo in a marathon House impeachment hearing Wednesday when U.S. Ambassador to the European Union Gordon Sondland mentioned his name on at least five separate occasions in relation to the American rapper’s jailing in Sweden — an international incident that happened around the same time President Trump asked Ukraine for a probe into Joe Biden and his son.

During his lengthy opening statement, Sondland said he was at a restaurant in Kiev on July 26 when he and Trump spoke on the phone for about five minutes. The State Department official testified that the main focus of the call was to discuss how Trump should address public outcry for A$AP Rocky’s release. He said they also talked about Trump’s request, made over the phone on July 25, that Ukrainian President Volodymyr Zelensky investigate Joe Biden and his son Hunter Biden’s business dealings in the country.

“The call lasted five minutes. I remember I was at a restaurant in Kiev and I have no reason to doubt that this conversation included the subject of investigation,” Sondland said. “Other witnesses have recently shared their recollection of overhearing this call… It’s true that the president speaks loudly at times, and it’s also true, I think we primarily discussed A$AP Rocky.”

U.S. diplomat David Holmes testified in a closed-door hearing earlier this month that, while at the Kiev restaurant, he overheard Sondland tell Trump to let A$AP Rocky "get sentenced, play the racism card, and give him a ticker-tape when he comes home." Holmes said the requested Biden probe was also a topic of the phone conversation.

Later in the hearing, after pressed by Democratic counsel Daniel Goldman, Sondland explained that Holmes’ mention of the rapper helped trigger his memory about the call. Goldman had asked why Sondland waited until Wednesday to bring up A$AP Rocky, and left the rapper’s name out of his initial closed-door testimony.

The 30-year-old rapper, whose real name is Rakim Mayers, spent about a month jailed in Sweden after he was arrested on July 3 in connection to a street brawl outside a fast-food restaurant in Stockholm, where he stopped on a leg of his European tour.

He pleaded not guilty to assault charges, claiming he was acting in self-defense. Trump had asked Sweden’s prime minister to release A$AP Rocky on bail — something that does not exist within the Swedish justice system. The rapper was released on Aug. 2 and swiftly returned to the U.S. He was later found guilty of assault but was not required to serve additional jail time.

"A$AP Rocky released from prison and on his way home to the United States from Sweden. It was a Rocky Week, get home ASAP A$AP!"