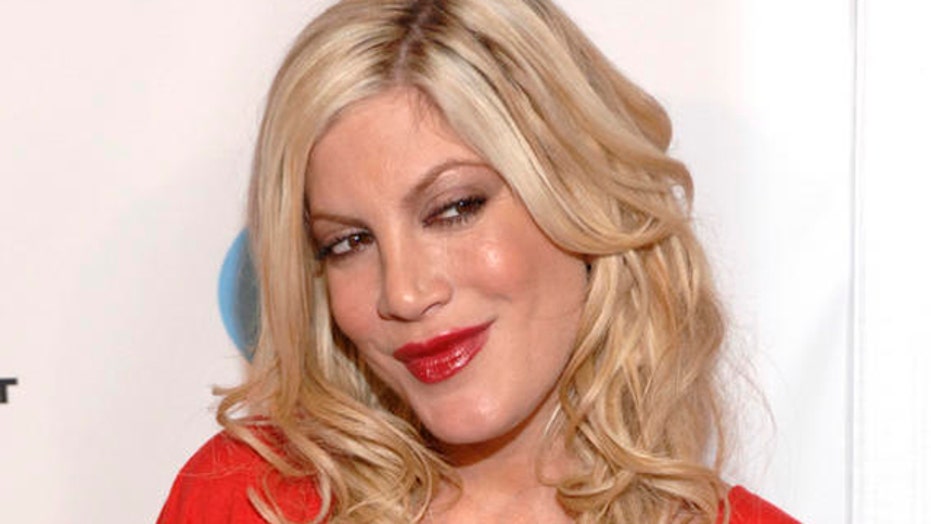 There’s one regret Tori Spelling still can’t get over from her “Beverly Hills, 90210” years.

The daughter of late American producer Aaron Spelling starred in the teen drama series as Donna Martin from 1990 until 2000.

“I shouldn’t have plucked my eyebrows so thin in the ‘90s,” the 44-year-old told E! Online. “It was a big deal in the ‘90s. No one ever told me the brow would be back, and now the brow is back. It’s something that when you pluck it’s really hard to get back."

She added, "I wished I’d never plucked my eyebrows. In the ‘90s, I was obsessed with Drew Barrymore movies. She had the thin ones and it was totally cool!”

However, Spelling wasn’t the only one to commit the fashion faux pas on set.

Garth insisted she and her former cast-mates have stayed in touched since the show ended. And Spelling has been keeping busy. In addition to being a mother of five, Spelling also recently launched Beauty Box by Tori where she promotes her beauty must-haves to fans.

Spelling told Fox News in back in 2015 motherhood inspired her to become a businesswoman.

“My children inspire me in so many ways,” she explained. “Right now, my kids are inspiring me to blend my role as mom with my role as businesswoman. Parenting constantly gives me ideas that fuel my need to create and invent. I’m working with several partners to develop solutions for busy mamas like myself.”

Spelling admitted that being a parent to a growing family comes with its share of stress, but she has learned not to sweat the small stuff for the sake of her children.

“I would tell first-time mama Tori, ‘Take a deep breath! It’s gonna be a wild ride, but just know you got this! Trust your instincts above all other advice. And enjoy every moment, because it really does go by as fast as everyone says it does!’ And I would hug her. Every mama needs a hug, whether it’s your first or fourth.”

At the time, Spelling shared that she wanted to pursue television again.

“I definitely want to follow more in my dad’s footsteps and get more into producing,” she said. “He loved to make television that entertained people. I love doing the same. I also have so many ideas that I want to share with other moms everywhere. I think of us as a community, and I want to be able to help continue getting our voices out there, in the marketplace, to meet all our needs.”