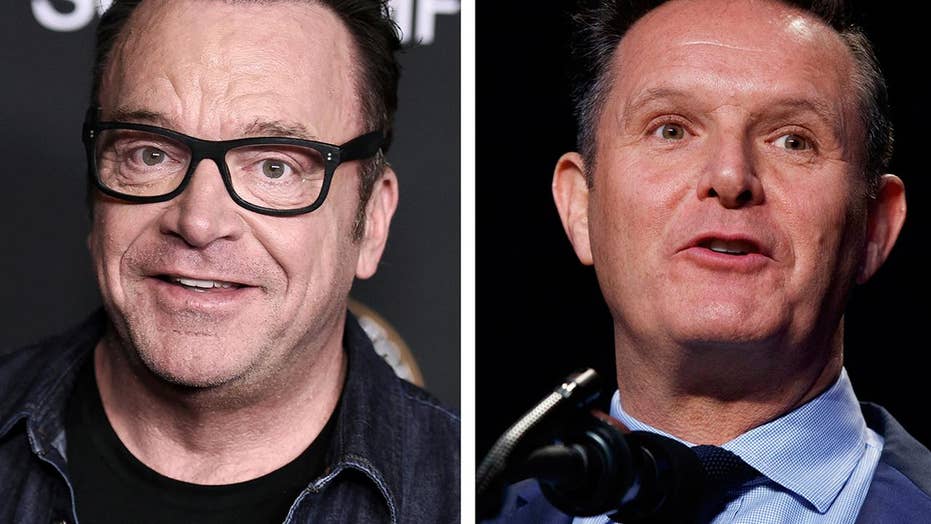 The LAPD is interviewing witnesses after Tom Arnold filed a police report regarding an alleged altercation between he and Mark Burnett at a pre-Emmys party.

The LAPD is interviewing witnesses after Tom Arnold filed a police report regarding an alleged altercation between he and Mark Burnett, Fox News learned Tuesday.

The LAPD told Fox News they received Arnold's police report and are currently reviewing the case and interviewing witnesses as they would after anyone files a report.

Arnold maintains that the "Survivor" producer choked him at a pre-Emmys party on Sunday night and that Kevin Bacon and his daughter Sosie witnessed the alleged fight.

"Sitting in West LAPD filing charges against your best bud Apprentice Outtakes Mark Burnett who lost his mind, attacted & chocked me last nite at Katzenberg’s Night Before The Emmy’s Party. Last fight I got into there was with Harvey Weinstein. Mark Burnett is scared:) #TrumpTapes," Arnold tweeted in response to Donald Trump on Monday.

While Burnett, who declined to comment to Fox News, has not spoken publicly about the matter, his wife, Roma Downey, shared a picture of a bruise on her hand which she said came from Arnold.

“Got this bruise tonight when Tom Arnold tried to ambush my husband Mark and me at a charity event. Is your TV show worth it Tom? Please stop,” she posted.

TMZ reported Monday that Arnold charged at Burnett and Downey as soon as the actor saw them at the party. Arnold reportedly pushed Burnett who pushed him back and that's when Arnold ripped Burnett's crucifix necklace off of his neck.

Vice announced that Arnold would be featured in a new show called "The Hunt for the Trump Tapes" and would investigate rumored recordings of the president.

The eight-episode series follows Arnold as he searches for rumored recordings of Trump that are said to be potentially damaging. He interviews stars like Arnold Schwarzenegger, Penn Jillette, Judd Apatow and Rosie O’Donnell, as well as former White House Communications Director Anthony Scaramucci.

Arnold has claimed that Trump has used the N-word and is “obviously a racist,” adding that the president’s take on the NFL is because “he doesn’t like black guys.”

Arnold has been focused on Burnett, who is behind successful series such as “Shark Tank” and "The Bible."

“I am going to keep hammering Mark Burnett until he shows America [the tapes],” Arnold said at the Television Critics Association's Summer Press Tour in July. “He sits next to Donald Trump and gives him cover and he never says one word. People are at the border. They are getting their kids snatched from them. It’s cruel… and Mark Burnett says he’s a Christian.”