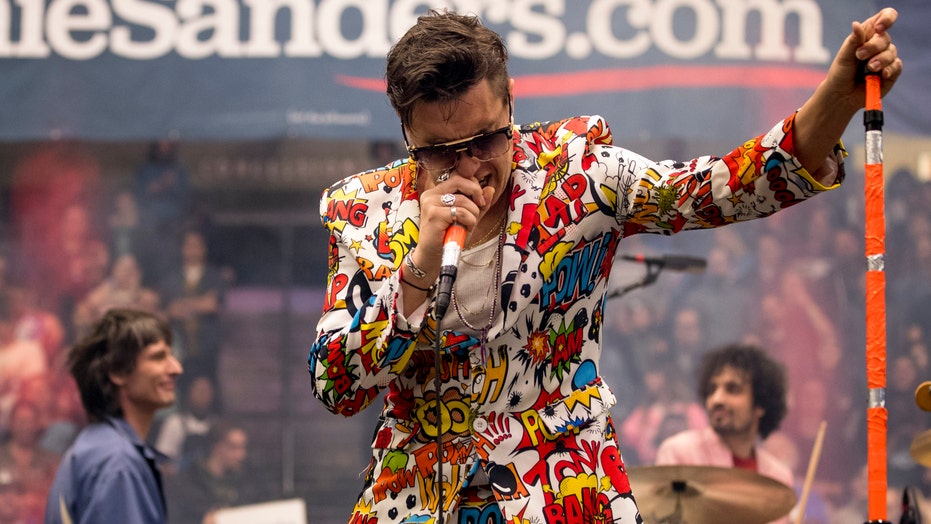 American rock band The Strokes is making its voice heard.

At a rally for Bernie Sanders in Durham, N.H., on Monday, the band performed its song "New York City Cops" while an officer stood on stage at the University of New Hampshire’s Whittemore Center Arena.

In video footage obtained by the New York Post, lead singer Julian Casablancas could be seen singing the song while standing just beside the uniformed officer.

The Strokes performed "New York City Cops" with an officer on stage at a Bernie 2020 rally in Durham, N.H. (AP Photo/Andrew Harnik)

The officer was on stage after the band invited audience members to join them toward the end of their performance, according to the outlet.

University rep Erika Mantz confirmed to the Post in a statement: “Contract security asked police to help control crowd access to the stage and performers. There was no further incident.”

Casablancas, 41, told Rolling Stone that the performance was unplanned.

“It was not on our setlist,” said the singer. “The cops had turned the lights on, so we were like, ‘Let’s just play 'New York City Cops' then, as a farewell.’"

Casablancas also claimed that one officer grabbed his arm, leading him to wonder if he would be arrested. The chorus of the song includes the line "New York City cops, they ain't too smart."

Reps for The Strokes, Durham Police Department and Bernie 2020 did not immediately respond to Fox News' requests for comment.