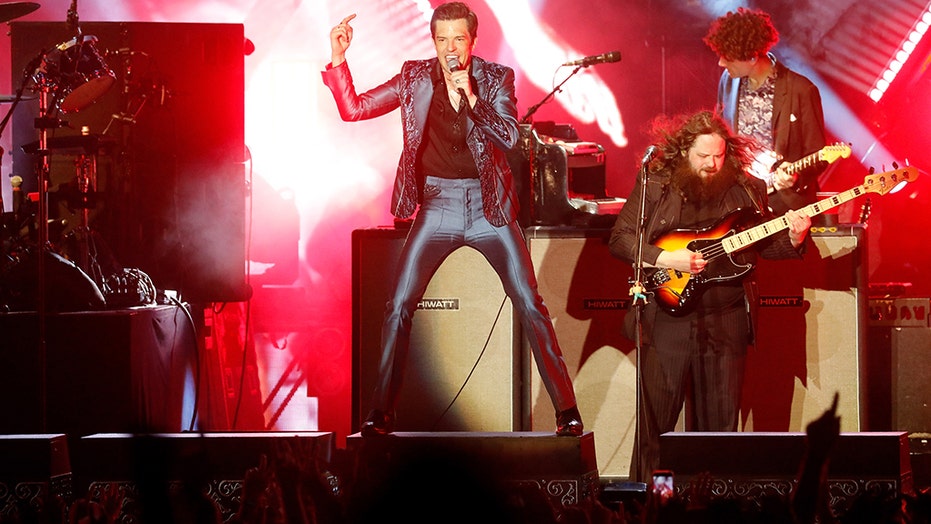 The Killers have launched an investigation into allegations of sexual misconduct during their 2009 tour, Fox News has learned.

The allegations were first brought to light by a sound engineer named Chez Cherrie, who worked on the 2009 tour. She wrote about it in 2015, and it was published three years later in a blog post. On Tuesday, Cherrie shared the blog post on her Twitter account and for the first time said the incident happened during a Killers' tour.

In the 2009 alleged incident, Cherrie does not identify the alleged victim nor implicate any of The Killers' band members.

Cherrie's alleged eyewitness account involves an unidentified female allegedly being taken advantage of by members of the tour crew.

"Trigger warning. This is my story. I was a tech for the largest sound company in the world working for one of the biggest bands in the world (still). I've never had any sort of justice. I wonder about her all the time. Please share my story about my time with THE KILLERS," Cherrie alleged in a tweet.

In the blog post, Cherrie said there was one particular moment that allegedly occurred at The Eagles Ballroom at Rave in Milwaukee, Wis.

"The show was rocking and we were about half way through our load in when the FOH engineer came over radio and said, 'Hey guys, there is a girl set up in Dressing Room A. Put your name on the list outside the door with your radio channel and we’ll call you when it’s your turn,'" she alleged. "I knew I was not the target audience of this all call, and I am pretty sure I audibly shuddered while my stagehands just laughed and asked if they could put their name on the list."

She continued: "I continued my load out, occasionally hearing a name come over the radio to notify them that it was their turn on the train in Dressing Room A. I consoled myself with the notion that this woman, whoever she was, was a consenting adult. She knew what she was doing and I couldn’t judge the men who were taking part, many of them 'happily' married with children. It wasn’t my place to judge."

Then, according to Cherrie, "everyone was swapping stories about this woman and their experiences with her. They talked about her intoxication level, yet had no qualms that she was obviously blacked out, or close to it," she alleged.

She said she learned that sexual misconduct had taken place after a security guy approached the crew's tour bus to inform them that a female was "passed out and naked" in a dressing room.

"Is anyone going to take care of her? Do you have a number of a friend or someone we can call?” the security guard asked, according to Cherrie.

A "FOH" (Front-of-House) crew member allegedly "shook his head" and other men on the bus allegedly "laughed" in response. Cherrie said she wishes to this day she spoke up for the woman, although she did not know who she was, or whether or not she gave consent.

In addition to the sexual misconduct Cherrie allegedly witnessed in 2009, she also alleged that band members -- she did not identify names -- invited groupies backstage for sexual pleasure.

According to the sound engineer, the audio crew was allegedly bribed with $50 of additional pay for "unspoken" arrangements of bringing women backstage who would perform oral sex on band members.

"Even more, if the girl would get naked and shower for one particular member, we would get an extra $50," Cherrie further alleged.

She described her post as a "story of blurred lines of consent, rape, hate speech and misogyny."

The Killers responded to the allegations in a statement shared with Fox News on Thursday.

"First and foremost, any allegations of inappropriate behavior by anyone on The Killers touring team are taken extremely seriously by the band and their management. This person's story is appalling and, while The Killers do not have the same touring crew in 2020 that they had earlier in their career, they will be conducting a thorough investigation into past and present tour staff. Their legal team will be reaching out to this person for more information and clarity on the alleged incidents as detailed, as well as to the audio vendor who provided crew for the tour."