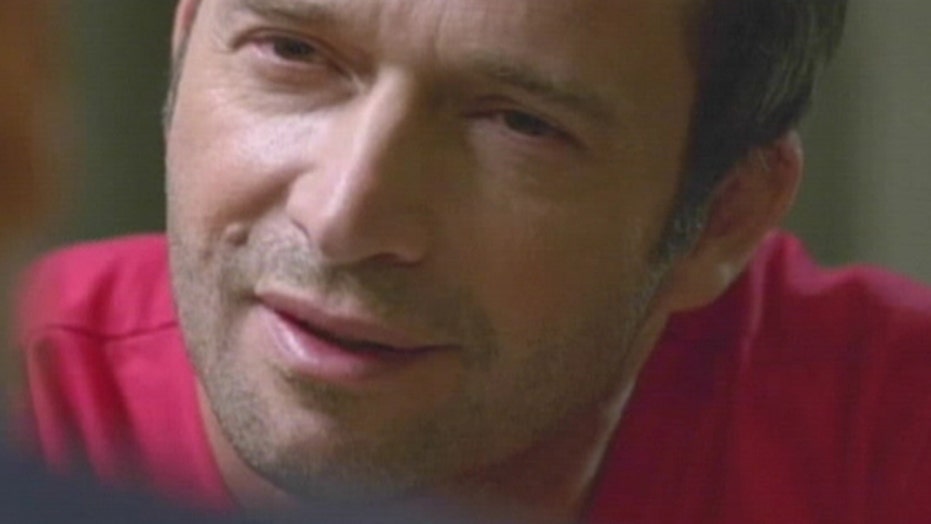 'The Following' scares up big audiences

James Purefoy opens up on his frightening cult character

James Purefoy has been scaring up audiences weekly on FOX’s new hit thriller “The Following,” leaving fans on the edge of their seats. But Purefoy said when Season 1 wraps at the end of April, the fans will finally get some closure from the mysterious show.

Purefoy, who plays the sinister serial killer Joe Carroll, told FOX 411 fans can expect answers in the finale, as Carroll finishes up the book sequel he’s been working on. Though after that, it’s top secret, Purefoy said.

“[Writer] Kevin Williamson keeps his cards very close to his chest,” Purefoy told FOX 411. “I do know he knows what’s coming up at the end of Season 3.  So you know Season 2 will be an endless source of surprise.”

And Purefoy admitted that playing such an intense role has affected him off screen these past months. The 48-year-old explained fans of the show often seem scared when they see him out and about.

“He’s a very dark character so [fans] get a little nervous with me,” he said. “I had a woman yelp at me the other day. She didn’t scream. She yelped. It was like kicking a small dog.”

But those reactions are a compliment to his acting and the character, Purefoy said. “The character really gets under people’s skin in that way and that’s… very gratifying because it means that it’s working. [Carroll] has to be scary, that’s his job.”

But constantly dealing with such dark material isn’t easy. The actor dished that he is grateful for the drivers who take him home at the end of his work day and help him relax.

“They couldn’t be less interested in talking about the show,” he said of the drivers. “They want to talk about the game, or the traffic, or the snow, or the weather, so they decompress me. So by the time I get home, it’s me again.”

And Purefoy added that while he realizes the show is dark and creepy, he doesn’t see why it is criticized for its violence.

See what surprises are in store in the weeks ahead with only a few dramatic episodes left in this season of “The Following,” airing Monday nights on FOX.