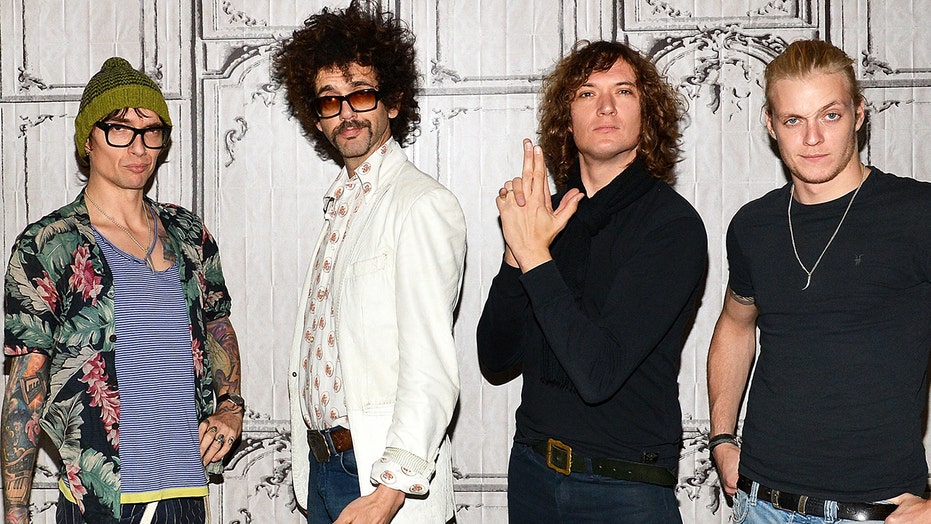 What Does The Darkness Drive?

Justin Hawkins of the British rock group the Darkness isn’t apologizing to anyone offended by the group's provocative album cover for their latest release, “Easter is Cancelled.”

The image in question depicts the band’s frontman Hawkins affixed to a cross while striking a pose and breaking away from the crucifix as brother and guitarist Dan Hawkins, bassist Frankie Poullain and drummer Rufus Taylor, who’s the son of Queen’s Roger Taylor, strike Roman guards with swords and drumsticks as their weapons of choice.

The group’s album artwork has drawn intense criticism and has even come under scrutiny for its religious connotations and suggestions of knife crimes and beheadings. The artwork has even been outlawed by some streaming platforms overseas because it insinuates violence.

Hawkins said he expected people to be offended.

“That's true. I think they will be. And there are people who need to close their laptops and look around at the world,” he maintains, adding that the work was never intended to spark such a response and simply saying it’s all relative to the overall tone and message of the album.

Yahoo Music’s Lyndsey Parker describes the project as a “complex concept album loosely built around the idea that in a parallel universe, Jesus avoided his crucifixion,” adding that even the album’s media release bills it as a “parable” about the “slow death and eventual glorious rebirth of rock ‘n’ roll,” and a “literally Biblical record” aimed at “those who have said that rock ‘n’ roll is the Devil’s music… [they] should listen and understand that it is, in truth, the voice of God.”

Hawkins told the outlet detractors should look for the underlying meanings and said the “science fiction” element surrounding the idea of their cover art allows the band the creative freedom to play with the biblical content.

“We're not saying this is what should happen or what did happen. We're saying that if we're allowed multiverse theory, then let's talk about denying the crucifixion and not letting that happen in the first place,” Hawkins explained. I do understand why people are offended by it, but I don't actually apologize for it, because I don't think it's blasphemous to ask a question like that.”

Added the lead man: “What if there is a universe like that? Because obviously if the good Lord creator — the design fellow up there with his beard and all that — if He created one universe, and we're now saying that He's created an infinite number of universes, so that every possible outcome of every decision that everybody's ever made since the beginning of time is even better, and in one of those, there’s a son that has been sent to save us all, then I think that's a beautiful thing.”

“Easter is Cancelled” was released on Sept. 26.