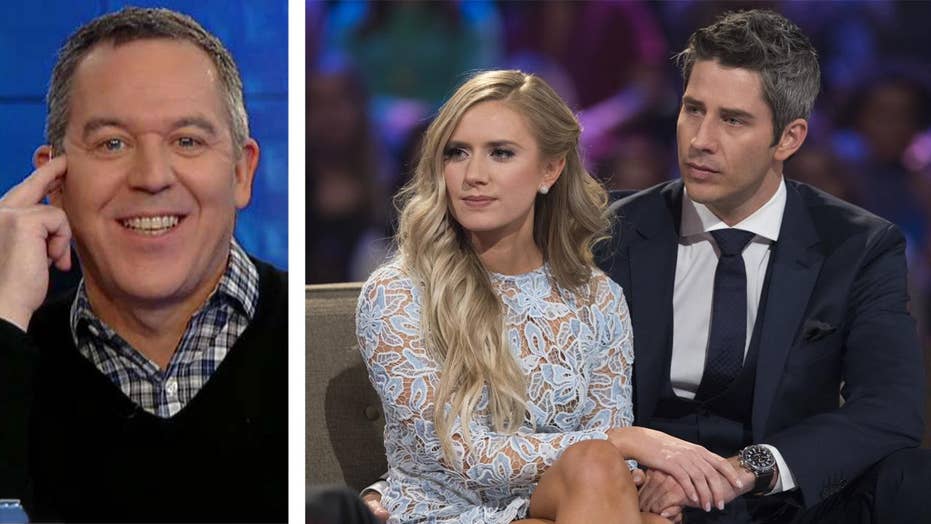 Gutfeld on 'The Bachelor' finale

Fan outrage over controversial finale of the popular reality show.

"Bachelor" contestant Bekah Martinez made sure that she was going to be cast on this season of the ABC dating show by submitting a somewhat revealing casting photo.

Showing off some side-boob in just a pair of overalls while painting "Bekah + Peter <3" on a wall, the 23-year-old reality star revealed the lengths that she went through to make sure she was cast on the show's most recent season, and how disappointed she was that the bachelor was not "Bachelorette" star Peter Krause, from Rachel Lindsay's season.

“THESE ARE THE LENGTHS MY CHEESY A– REALLY WENT TO FOR MY BACHELOR CASTING PHOTOS," Martinez, who revealed that she was upset to discover that the bachelor was Luyendyk, captioned. She went on to say of the last-minute "Bach" changeup that she was "blindsided" and "didn't know what was coming." She added, “This isn’t me hitting on ol’ Pete. He’s too busy cuddling with his dog and doing pull-ups or something.”

The nanny, who was a fan-favorite on the show, was sent home after a highly controversial three-on-one date, which turned into a two-on-one that resulted in Martinez being sent home.

“I’ve never gotten so much judgment in my life about how old I am,” said the nanny. “I simmered on it for three months. I wanted so badly to be able to just let it go. But every time I would think about her, I would get livid. Watching it again, I wanted to throw something at the TV.”

Since leaving the show, Martinez hasn't held back her feelings about the former race car driving bachelor. The reality star took to Twitter to criticize the way Luyendyk ended things with Kufrin before choosing his now fiancee, Burnham.

In one of Martinez's anti-Arie tweets she wrote, "Hahahahahaha @ariejr is the biggest f---ing tool [sic] I’ve ever seen. Becca is a queen. A goddess. Thank the LORD he’s out of her life."