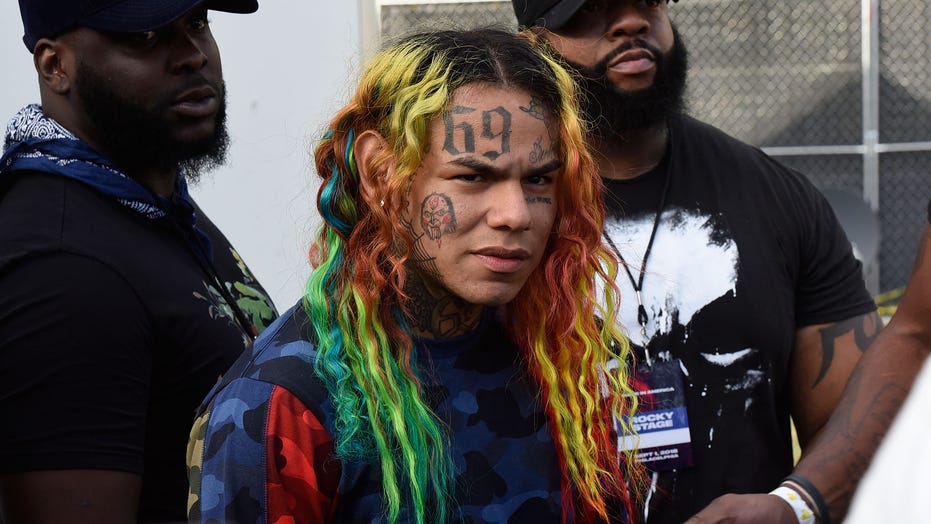 Ellison was found not guilty of assault in aid of racketeering while Mack was acquitted on a firearms charge.

The verdict follows three days of testimony from the rainbow-haired rapper himself, who admitted he turned government cooperator just a day after he and other Nine Trey members were arrested in November 2018.

Tekashi — real name Daniel Hernandez — told jurors about his time using Nine Trey to promote his music career, his proximity to multiple shootings and robberies, and his own terrifying kidnapping by Ellison, his former bodyguard, after the two fell out.

The eight-day trial also included testimony from the entertainer’s driver, Jorge Rivera, who had secretly been spying on the gang and had his car outfitted with cameras that captured the rapper napping.

Jurors watched the horrifying video, in which Tekashi begs for his life before he’s directed out of the car at gunpoint.

He testified he was robbed of all his bling, including a diamond-encrusted My Little Pony chain, and dumped in rival gang territory after Ellison and another man beat him up and debated killing him.

The “Gummo” rapper’s testimony drew wide-ranging scorn from internet haters, who re-dubbed him “Tekashi Snitch9ine” in response to his testimony — in which he also named Jim Jones and Cardi B as Bloods. His time on the stand spawned Twitter takes that he had less street cred than Martha Stewart.

Tekashi, 23, faces a minimum of 47 years in prison but could get time-served for helping the feds. It’s unclear whether he will enter witness protection once he’s done his time. Tekashi’s sentencing is scheduled for January.

Ellison and Mack face up to life behind bars when they’re sentenced.