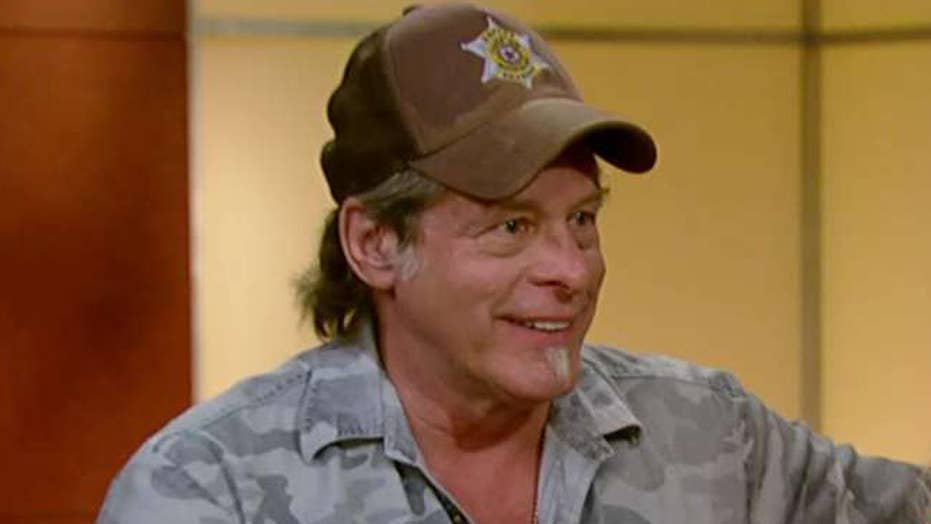 Nugent: No limit to what I'm willing to do to make US great

Ted Nugent is ready to serve his country whether that's in office or as a musician.

The outspoken rock guitarist addressed rumors that began swirling in February that he planned to run for Senate in 2018.

"Well, I'm a terminal 'we the people American patriot' and I think I'm doing the most important political job in the world and that is participating in the scared experiment of self government and demanding constitutional accountability from our elected employees," he said on "Fox & Friends."

He added, "There's no limit to what I'd be willing to do to help make this country great."

He's still mulling over a possible run for Senate and has been discussing his options with his "Republican friends."

"I'm a hell raiser," he said. "I'm what the Founding Fathers wanted all Americans to be...and it's all about the Constitution, the Bill of Rights, the Ten Commandants, the Golden Rule, being the best that you can be, earning you're own way."

While the 69-year-old weighs his options, he is glad to finally have a "hell raiser in the White House."

He praised President Trump's efforts since assuming the presidency.

"[Put] America first, make America great again, job security, secure the border. You know, it's so simple even guitar players can figure it out," he said of Trump's priorities.

"If you're not pissing off the idiots you're an idiot," he added of Trump's critics. "He's not an idiot; He's driving the idiots crazy so I'm so proud of him."

Michigan GOP press officer Sarah Anderson told Fox News in February that they have not spoken with Nugent but that "Ted Nugent would be a great candidate to win against Debbie Stabenow."