It's the moment Supernatural fans have been waiting for all season: Lucifer (Mark Pellegrino) is about to throw down with pretty much everyone. TVGuide.com caught up with Pellegrino, who says Lucifer is quite the sympathetic character. (Um, what about that whole wanting to destroy all of mankind thing?)  The 45-year-old actor also gave us the details on Lucifer's journey to the apocalypse as well as the similarities between Lucifer and his character on  Lost, Jacob.

Watch full episodes of Supernatural in our Online Video Guide

TVGuide.com: Everything has been leading up to the showdown between Michael and Lucifer. What has the journey been like for Lucifer?
Mark Pellegrino: It's been interesting because I go from a broken-hearted, blue-collar guy to a being that is far more powerful than even I thought. I never expected in a million years that Lucifer would be killing off pagan gods like they were nothing. [Laughs] I didn't know I was that powerful. He's on a mission, single-mindedly pursuing a goal and perhaps he'll achieve it.

TVGuide.com: What's Lucifer's endgame besides the basic destruction of all mankind?
Pellegrino: I think that's a pretty big endgame. And it's the best way to get back at daddy, to destroy the very thing that his father wanted him to sacrifice his life to. I even think that he might want to go as far as destroying God, but that's quite a tall order.

TVGuide.com: Which character seems more sympathetic to you: Lucifer or Lost's Jacob?
Pellegrino: I feel that Lucifer's character has a pretty sympathetic arc to it. Oddly enough, they're both characters that are on the outside. I was very shocked to see Jacob as second favorite, constantly grasping for his mother's love. It's very similar to Lucifer, but I think Lucifer has a really sad story. I feel a lot of sympathy to Lucifer's story.

TVGuide.com: They both have unrequited love for their parents.
Pellegrino: That's exactly it, except one hasn't lost his innocence and still keeps that love and fire burning, and the other one is utterly and totally vengeful.

Lost's Mark Pellegrino: There will be more answers

TVGuide.com: Neither Michael nor Lucifer are actually in the right vessels going into the finale. Will that affect the showdown itself?
Pellegrino: I imagine so. [Laughs] It gets tense.

TVGuide.com: Executive producer Eric Kripke did say that this storyline will end in the finale. Do you think fans will be satisfied by the end of it?
Pellegrino:  I think they will be. There's a part of me that hopes they're not so Lucifer can come back. [Laughs] From what I've seen, the fans will be satisfied.

Do you think Sam (Jared Padalecki) and Dean (Jensen Ackles) will get through the showdown in one piece? 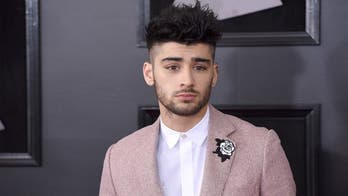