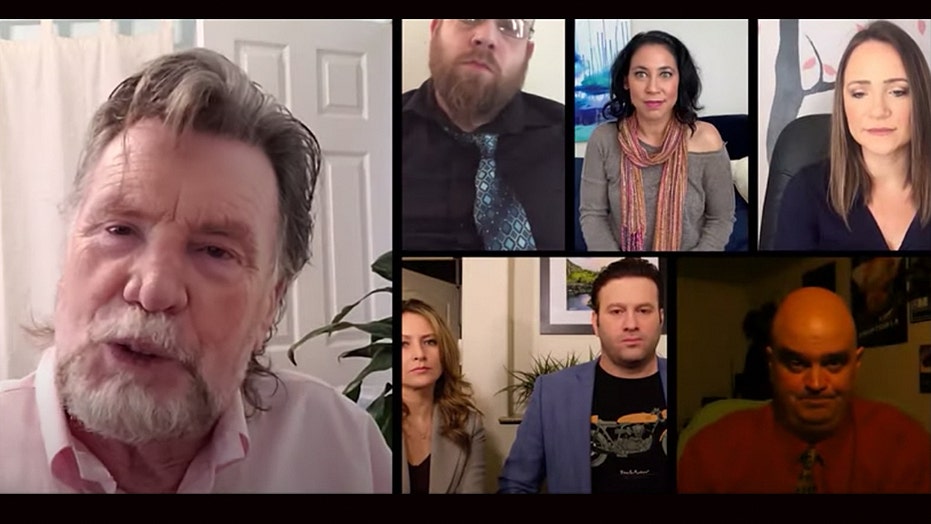 With the film industry having to get creative in light of the COVID-19 pandemic, a new movie has emerged in which the cast and crew filmed remotely from their respective isolation areas.

The producers of the new film, “Social Distance,” decided to use the upsetting situation as a source of creativity by putting together a thriller that takes place entirely via conference call, set in the very real-life outbreak that the world is currently facing.

According to its website, "'Social Distance' follows six individuals who are affiliated with a cruise line that is being blamed for bringing the coronavirus to the United States. In addition to grappling with the PR nightmare, each person begins to feel the weight of isolation “pushing them to the brink of insanity as they find themselves consumed with the pressure of work and the threat of sickness."

SKY ADDS 'OUTDATED ATTITUDES' CONTENT WARNING TO MOVIES LIKE 'THE JUNGLE BOOK,' 'GONE WITH THE WIND' AND MORE

As the story develops, the characters spiral into a world of conspiracy and, in some cases, violent insanity.

The movie was written and directed by B. Luciano Barsuglia and stars actors Vernon Wells, Jed Rowen, Rachel Riley and Kasey Brown.

“We believe this is the first time anything like this has been done," Barsuglia says on the movie’s website. "The movie was directed entirely through video conferences, and the actors had to become filmmakers to shoot each of their own scenes."

'Social Distance' is a new film set in the time of the coronavirus. (KoaAlohaStudios)

Movies that take place entirely on a laptop screen such as “Unfriended” and “Searching" have come out in the past. However, “Social Distance” has the distinction of everyone involved never being in the same room with each other. Barsuglia revealed that the movie is in post-production and is close to being ready for its official debut.

The first trailer for “Social Distance” dropped on Sunday.