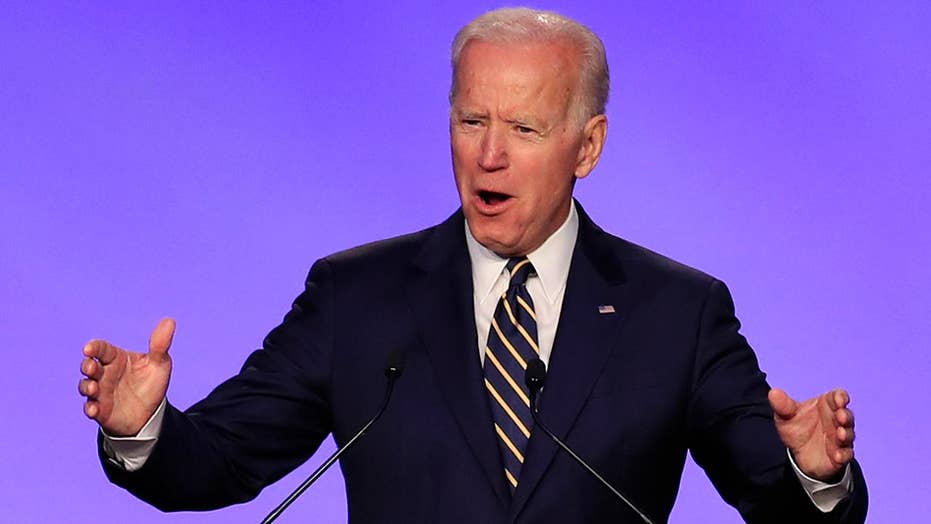 Biden makes hugging joke during speech in wake of allegations

Former cast member Jason Sudeikis returned to the show to reprise his role as Biden, as cast members Kenan Thompson, Cecily Strong and Kate McKinnon provided “sensitivity training” to the potential 2020 presidential contender. The sketch focused on allegations from at least seven women who say contact by Biden made them feel uncomfortable.

“It’s about all the touchy-feely stuff,” Thompson's character says when Sudeikis/Biden wonders why they are all gathered.

MAHER DEFENDS BIDEN, SAYS WOMEN SHOULD CALL OUT MISCONDUCT 'IN THE MOMENT' RATHER THAN 'FIVE YEARS LATER'

"I'm a hugger, I'm a kisser and a little bit of a sniffer. But the last thing I want to do is offend anyone," Sudeikis's Biden tells the staff.

"I'm a hugger, I'm a kisser and a little bit of a sniffer. But the last thing I want to do is offend anyone."

He also keeps requesting that the ZZ Top song “Legs” be played throughout the skit.

Biden greets McKinnon’s character by pressing his forehead against hers while talking. She tries to get Biden to see the problem with his excessive touching and has him practice greeting women appropriately with help from potential Democratic women voters.

Sudeikis as Biden asks if a handshake is OK, before asking, "What about if during that handshake I tickle her palm a little bit?"

He then asks if he can recreate that "gorgeous lift that they do at the end of 'Dirty Dancing.'"

"Who would you do that with?" McKinnon's consultant asks.

CHER RECALLS HUG WITH JOE BIDEN, SAYS IT WAS 'FINE' BUT CAUTIONS HIM TO RESPECT 'WOMEN'S SPACE'

"Hell, whoever is strong enough to pick me up," he responds.

Aidy Bryant plays a voter meeting Biden for the first time, and Sudeikis wonders how to greet her. He chooses to “greet her like a man” by taking her under his arm and rubbing her head. 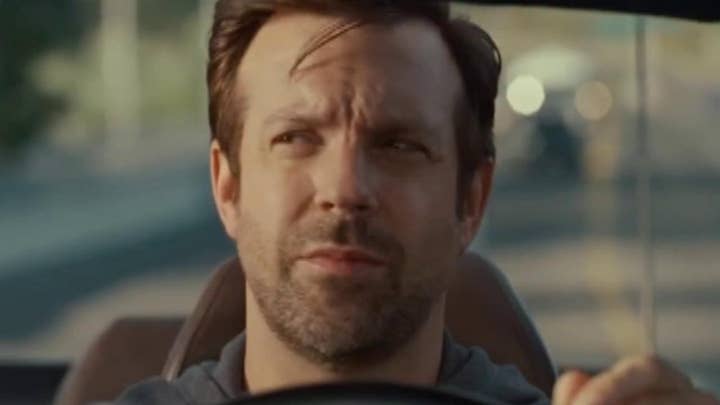 "I know who you are: You're Obama's granddaddy!" she cries before pulling him in for a huge hug and slapping him on his rear end. Satisfied with his "improvements," Sudeikis's Biden officially throws his hat in the ring for the upcoming election.

"Come on America, let's hug it out," he says, addressing the camera directly. "Biden and some woman 2020!"