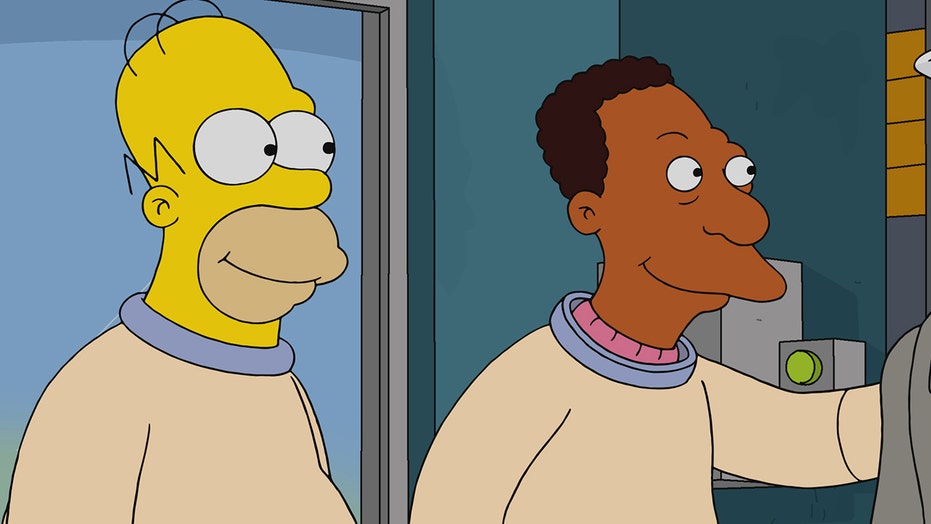 Sunday’s Season 32 premiere of “The Simpsons” marked a historical moment for the long-running animated sitcom as it debuted Alex Désert as the new voice of Carl Carlson.

The change comes as “The Simpsons” joins several other animated shows, such as “Big Mouth,” “Family Guy” and “Central Park,” in recasting White actors who were previously voicing Black characters.

Désert takes over the role of Homer Simpson’s close work friend, who was previously voiced by Hank Azaria.

Azaria also lends his voice to other beloved “Simpsons” characters such as Chief Clancy Wiggum, Comic Book Guy, Professor Frink, Moe Szyslak and more. However, it was Azaria's as the owner of Springfield’s convenience store, Apu Nahasapeemapetilon, that began a conversation about White actors voicing people of color.

The move to ultimately recast Carl came three years after Hari Kondabolu’s documentary “The Problem with Apu,” which used the character as a starting point to discuss the issue of whitewashing in voice acting. Azaria eventually relented and agreed to no longer voice Apu.

In June, amid renewed scrutiny sparked by protests throughout the country against police brutality and systemic racism, Yahoo Entertainment reported that “The Simpsons” announced it would no longer have White actors play characters of color, meaning characters like Carl would need to be recast.

Désert got his debut as Carl in the season premiere episode, in which Mr. Burns goes undercover as an employee at his nuclear power plant where Carl, Homer and their other friend Lenny work. Fans with a keen ear may recognize his voice from appearances he’s had in movies like “High Fidelity,” “Swingers” or from TV shows like “Becker” and “Boy Meets World.”

“The Simpsons” isn’t the only Fox animated comedy that’s swapping out a voice actor. It was announced earlier this week that Cleveland Brown, who originated on “Family Guy” and was later given a spinoff of his own, would no longer be voice by Mike Henry, who vowed to step down after voicing the character since 1999. YouTube star Arif Zahir, known as Azerrz, will take his place for future episodes.