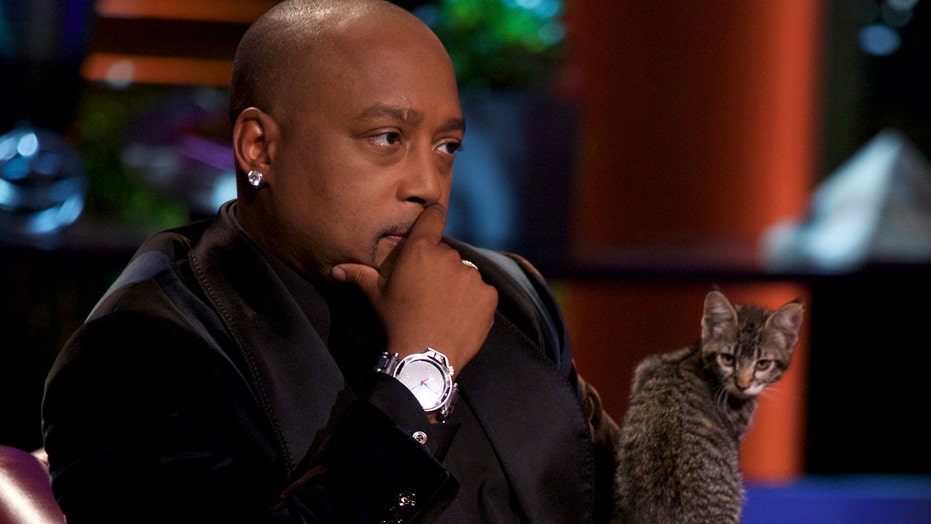 “Shark Tank” star Daymond John responded to reports that he jacked up prices for N95 masks in Florida amid the coronavirus pandemic.

The 51-year-old business mogul took to Twitter to clear the air over what he called a “false” and “inaccurate” report from the Miami Herald that alleged his company, the Shark Group, inflated prices for the highly coveted, lifesaving masks in a deal with the state that ultimately fell through.

“Today’s Miami Herald story and subsequent reports are false, inaccurate and shows a complete reckless disregard for the truth,” he began his statement.

HOW DO YOU TREAT CORONAVIRUS?

The outlet reported that John approached the state in March saying he could get his hands on 1 million masks from China at a rate of $7 per mask, an increase from the less than $2 they usually sell for. Although the deal never happened, it was unclear where the $7 price point came from or how the Shark Group would obtain the masks in the first place.

John explained that his company offered to serve as an "intermediary" to vet the numerous 3M distributors.

Daymond John responded to reports that he was increasing prices on N95 masks. (Raymond Hall/GC Images)

“Let me be clear," John's statement on Twitter continued. "Proper reporting would have shown I did not set any prices and that my team worked with the State of Florida to: 1. Save lives 2. Help vet the overwhelming amount of incoming PPE offerings based on my manufacturing expertise and guide them how to best do this 3. Play a pivotal role to stop pricing gouging, and successfully identify potential fraud and theft of PPE product to protect taxpayers funds."

Florida, like many states, has been desperate to acquire protective gear for health care workers battling the COVID-19 pandemic. Gov. Ron DeSantis previously called the hunt for N95 masks specifically “shady as hell” and took steps to ensure that the state’s Division of Emergency Management was free to broker deals to get the equipment as soon as possible.

John touched on the difficulty that the state and its health care workers were facing in the volatile marketplace, noting that he tried to use his company to help Florida broker a worthwhile deal.

“States were not setup to vet and operate global supply chains and sourcing. Many states were forced to blindly wire money to nefarious parties around the world and ultimately never received correct or safe product,” his tweeted statement reads. “My company was serving as an intermediary to vet numerous 3M distributors and to protect Florida taxpayers, while establishing escrow protections that allowed the State to conduct proper due diligence before finalizing its purchase of masks.”

The Herald reported that all the money for deals - like the one between the state and the Shark Group - was not given directly to the vendors claiming they had access to 3M N95 masks. Instead, the state protected itself by using the law firm Foley & Lardner to hold the money in an escrow account. The seller and buyer then agreed to hold these funds there until the masks were delivered and confirmed to be of good quality before money was paid out. As a result, the state neither lost money nor paid anyone who didn’t deliver the goods.

John reiterated that fact in his statement, making it clear that he did not make a “penny” off Florida taxpayers for the deal that never came to be.

“Our system did exactly what it was intended to do. No money was spent and every penny of taxpayers money remained safe,” he wrote. “We will continue to work with the proper government agencies in this capacity.”

Daymond John responded to a report that he jacked up prices of N95 masks in a deal with Florida that eventually fell through. (ABC)

He concluded his statement by taking a jab at the paper’s reporting practices.

“The Miami Herald’s characterization of my work completely disregards this. Instead, it opts for gross distortion of the truth in a blind effort to create splashy headlines to mislead readers.”

3M, which has a team of lawyers investigating cases of potential fraud and inflated prices with its products during the coronavirus pandemic, previously told Fox News that it “has no knowledge” that the Shark Group engaged in any illegal price gouging. However, the company wasn’t aware of where the company thought it could get the masks in the first place.

"3M is not aware of how the Shark Group would gain access to our respirators as it is not an authorized distributor of 3M products or one of our channel partners," a statement from 3M provided to Fox News reads in part.