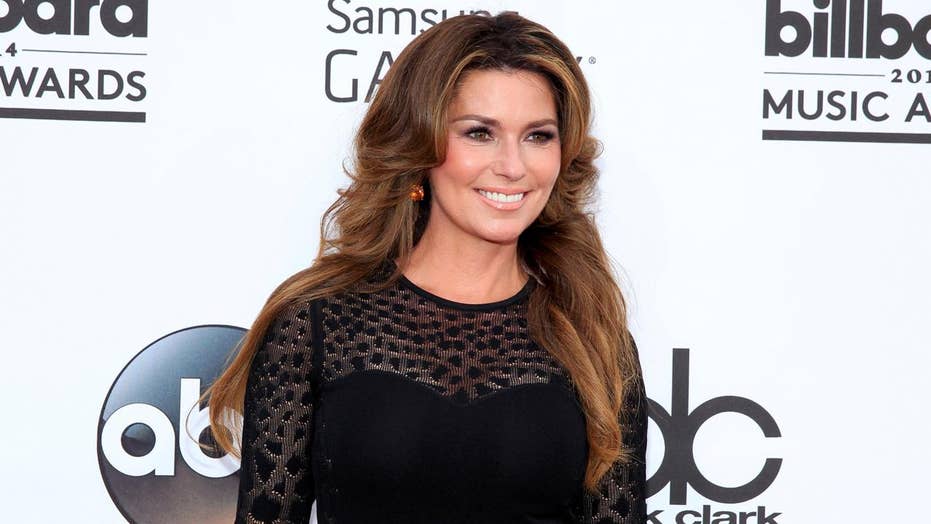 Fox411: Shania Twain revealed the reason she name-dropped Brad Pitt on her single 'That Don't Impress Me Much' was because she didn't see what the big deal was after seeing naked photos of him

Shania Twain doesn’t think Brad Pitt‘s anything to write home about. Not even back in his peak heartthrob days.

Speaking to Billboard magazine recently, the country star revealed the reason she name-dropped the actor on her 1997 single “That Don’t Impress Me Much” was because she didn’t see what the big deal was after seeing naked photos of him in Playgirl magazine.

“You want to know the truth about this story? I’ve never told this before. I’m going to say it now,” said Twain, 51. “I remember I had a girlfriend visiting me and it was near Christmas and we were baking cookies. I was writing this album and there was a scandal of [Pitt] and Gwyneth [Paltrow] where there was naked photos of him [in the magazine]. And this was like all the rage. I just thought ‘I don’t know what all the fuss is about.’ I’m like, well that don’t impress me much, I mean what is all the fuss.”

The photos in question appeared in the August 1997 issue of the now-defunct Playgirl magazine (which goes for $30 on Amazon 20 years later). Pitt, who was 33 when the photos were published, successfully sued the publication at the time, stopping shipment of more copies of the issue and eventually forcing its recall.

Twain’s explanation did leave open the possibility that it wasn’t Pitt’s naked body specifically that let her down – so much as anyone’s.

“We see people naked every day. That’s really what I thought. I wasn’t picking on Brad Pitt. But that was just the association in that moment and things we make fusses about and whatever,” she added. “Of course, it could have been any gorgeous guy.”