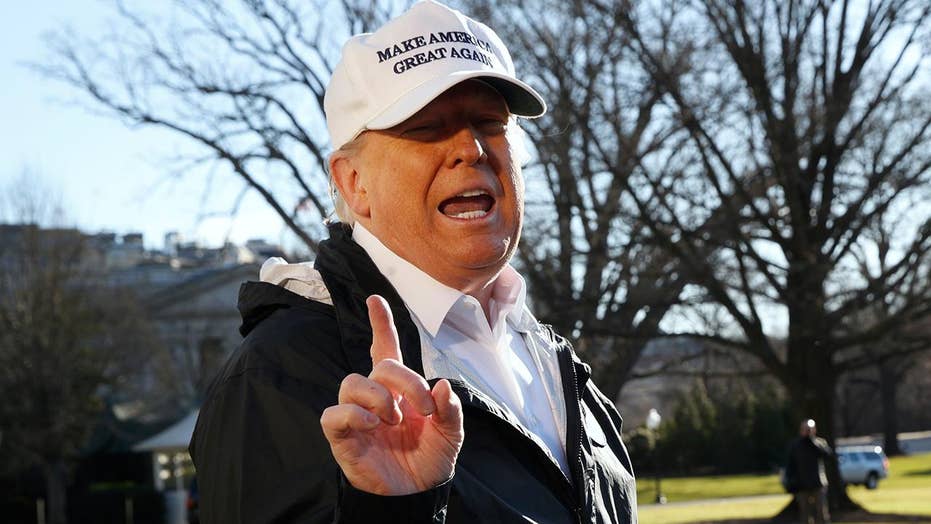 The broadcast video appeared to add orange coloring to the president and was made to appear -- inaccurately -- as if Trump stuck out his tongue throughout the address.

“This does not meet our editorial standards and we regret if it is seen as portraying the president in a negative light,” Q13 news director Erica Hill told the Seattle Times on Thursday.

“We’ve completed our investigation into this incident and determined that the actions were the result of an individual editor whose employment has been terminated,” Hill added.

Q13 did not immediately respond when asked for additional comment.

MyNorthWest.com posted a side-by-side comparison of the Q13 footage and undistorted footage that aired on CNN.

“That comparison revealed the Q13 video creating a loop of the President licking his lips -- making it seem bizarre and unbalanced -- it also seems that someone distorted the President’s face and may have added an orange tone to his skin,” MyNorthWest.com’s Todd Herman wrote.

Trump addressed the nation from the Oval Office about the situation at the border, declaring a “humanitarian and security crisis." Democratic congressional leaders responded by saying Trump was working to “manufacture a crisis, stoke fear and divert attention from the turmoil in his administration."