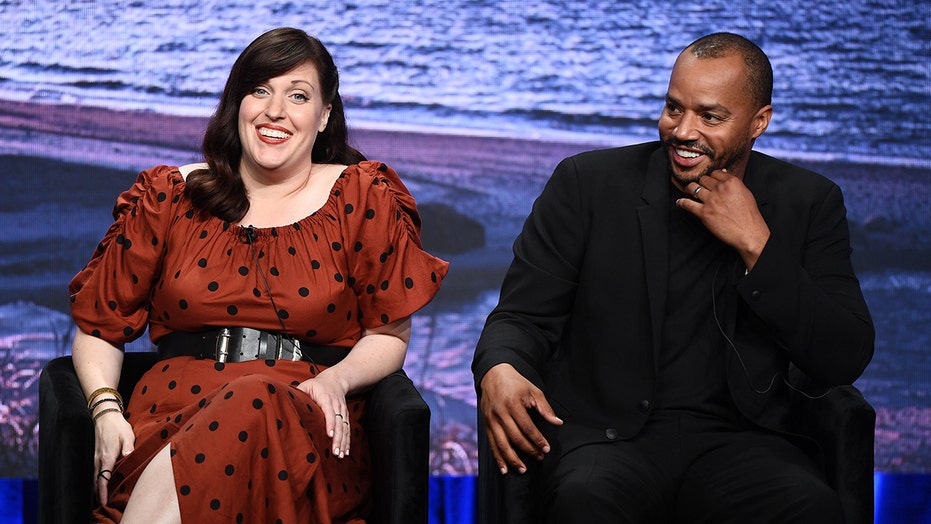 There is much to be said about longevity in Hollywood.

One player who has managed to weather the rigors of performing consistently in LaLa Land is “Clueless” actor Donald Faison. The 45-year-old said he once blew his entire paycheck from the film on a new car in his younger years, but said he’s much wiser today.

Faison spoke to reporters at the Television Critics Association summer press tour and opened up about just how much being a comedic performer contributed to him landing his latest role on the new ABC series “Emergence,” which sees a sheriff in her search for answers in a case involving a young child found near the site of a mysterious accident.

ZAC BRAFF'S SHOW 'ALEX, INC' IS LESS RISQUE THAN 'SCRUBS:' 'IT'S MORE OF A FAMILY SHOW'

The cast and producers of ABC's "Emergence" address the press at the ABC Summer TCA 2019, at The Beverly Hilton in Beverly Hills. (Group LA/ABC via Getty Images)

The “Scrubs” alum acted in the iconic series for nine seasons and said that when he auditioned for the dramatic role in “Emergence,” he was sure the producers would take one look at him and only see Christopher Turk, his role on the famed TV doctor comedy.

“When I auditioned for this – I remember auditioning for this and going and meeting up with my wife at our son's soccer practice and being like I think they just saw Turk,” he explained. “And then getting the role and being told that 'Yeah when you walked in, we were like oh, Turk's here. And then halfway through the audition, we were like, ‘Oh no, wow – he just got the part,' [It] was really awesome and so it's gratifying.”

Continued Faison: “It's like all right, so all of those years actually prepared me for this moment. I was hungry still, you know what I mean. And you hear about people being in this industry for 20-something years and they're no longer hungry – I really wanted this. You know, I worked hard for this opportunity. So it was great.”

When asked how he and wife CaCee Cobb juggle the balancing act of parenting and still having time to themselves, the “Remember the Titans” star said date night for the pair is simply putting the kids to bed and watching TV.

“Well, my wife has control of the remote control so it's a lot of 'Dateline.' Nothing brings you together like murder,” quipped Faison. “And the crazy thing is now I know if something were to happen to my wife, I'd need to check under her fingernails because she's going to leave clues as to who did this.”

“My wife is probably the biggest ball buster in the history of ball busters and so any time I feel like I'm on another level, she knocks me back down,” added Faison. “So you know, I wish I could do the same with her but I don't have that skill, she has that skill.”

“It comes out wrong and all of a sudden I'm in the doghouse so yeah.”

So, for a guy who has been in the game as long as Faison, how does one keep friends in the business when many actors are vying for the same roles? Faison said it’s not as difficult as one might think, adding that it takes a little self-awareness.

“You've got to understand that everybody really is trying to make it happen for themselves. And once you realize that and don't want to fault anybody with their own their flaws or anything like that, it's really easy to be friends with someone,” he said.

“You know, everybody's here in Hollywood to make it happen, you know what I mean. And sometimes, you making it happen means I can't necessarily be as close to you as I should be. And once you get past all that, it's like, 'Oh all right, then yeah we could be friends then.' And that's what I'm learning."