Is Joe Biden's record on race a political liability?

“Morning Joe” co-host Joe Scarborough lamented the second Democratic debate, saying it was a “disaster” for the party as candidates attacked each other rather than President Trump.

Scarborough said Friday morning that he hoped voters weren’t actually watching the debate on his own network as it would give only a negative impression about them.

“With apologies to our friends watching, last night was a disaster for the Democratic Party. My only hope is people were not watching and I will tell you why,” the co-host said.

“First on policy — let’s talk about the goal which every Democrat believes, which is we have to beat Donald Trump. Right? So they’re lined up in trench warfare, ready to get out of the trenches and charge and fight Donald Trump. Instead, they all turn their guns on each other and shoot each other,” he continued.

“He was off his game, I must say,” Scarborough said. “It was one of the more disturbing debate performances I have seen since Ronald Reagan’s first debate in 1984.”

“He was off his game, I must say. It was one of the more disturbing debate performances I have seen since Ronald Reagan’s first debate in 1984.” 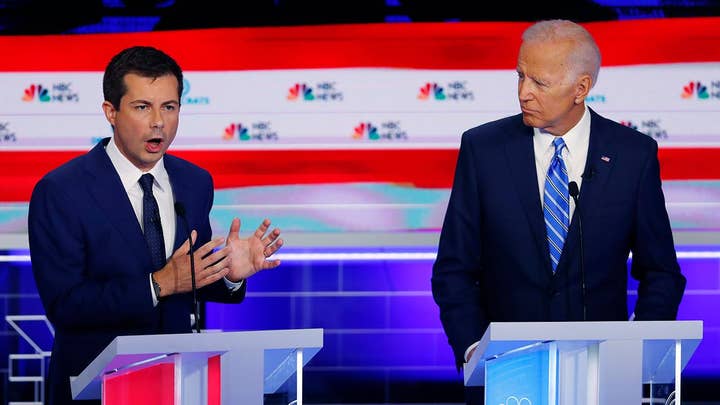 He said the attacks on Biden’s civil rights record will only continue as the Democratic primary heats up.

Scarborough noted the debate was a “bad sign” for Biden and will raise questions about whether Biden’s “time actually is up.”