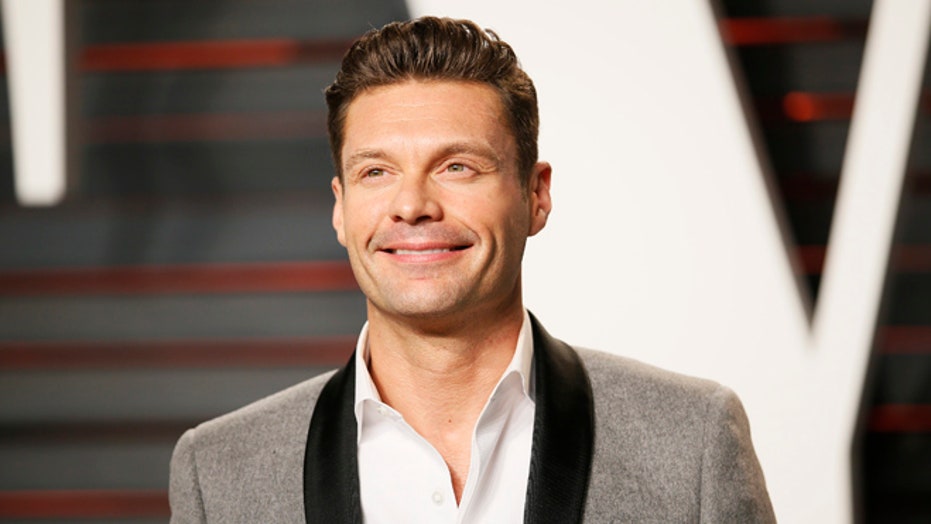 Just days after interviewing the biggest names in TV and film at the 77th Golden Globe Awards, Seacrest’s dignity took a bit of a hit while he was trying to catch a golden balloon that was raining down on him and co-host Kelly Ripa.

As the 45-year-old star reached his arms up and behind him in an effort to catch the large falling balloon, he eventually overextended and sent his chair backward and him hurtling to the ground behind it. The audience roared with concern as Ripa shouted, “Oh my God!”

Ripa lept out of her own seat to see if Seacrest was OK, but by the time she made it to where he was on the floor, he could already be heard giggling at himself.

“Oh my gosh, he’s fine!” she said after a stagehand helped get Seacrest back on his feet.

He didn’t appear to be in pain or injured in any way from the fall once he stood up. In a jocular effort to save face, the host quickly grabbed the balloon he was reaching for off the floor and proudly held it over his head.

Fortunately for fans, the “American Idol” host wasn’t above laughing at himself and gladly posted the moment to his Instagram.

“First fumble of the new season. Hope I make the playoffs...” he captioned the video.

In addition, he shared a slow-motion clip of the fall on his Instagram Story.