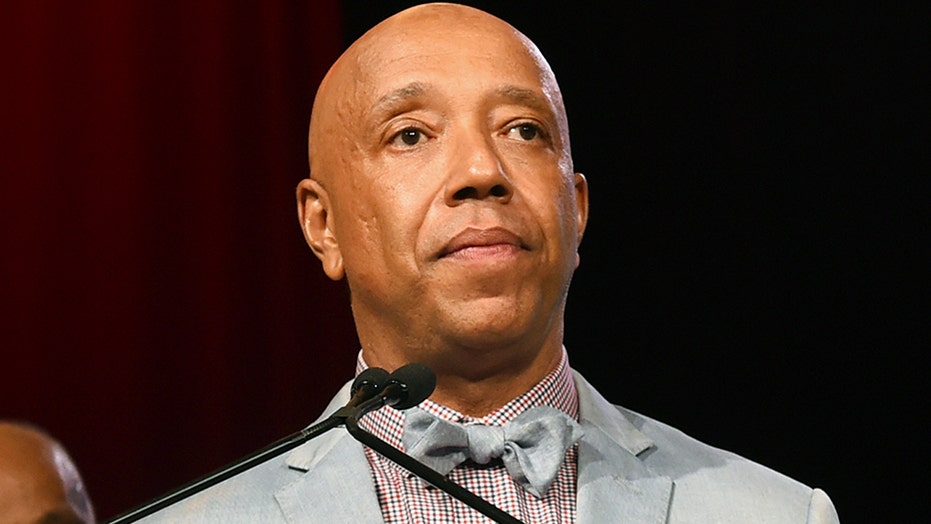 Drew Dixon, Sil Lai Abrams and Alexia Norton Jones -- the three women who have accused Russell Simmons of rape -- are speaking out ahead of the premiere of an upcoming documentary detailing their ordeals.

The trio sat down with CBS News reporter Michelle Miller for an interview that aired Wednesday on "CBS This Morning," and each described their encounters with Simmons.

"I hope that black women and girls become more visible as a result of this documentary," Dixon said.

She said she worked for Simmons in 1995 when he allegedly attacked her. "I literally worked for him. He was ordering me a car, and he told me to come upstairs and pick up a demo. I thought I would be in his apartment for five total minutes. That's it. And he showed up naked, wearing a condom and tackled me to his bed, while I screamed and fought and said, 'No,' and cried. That's rape."

Abrams admitted to dating the Def Jam co-founder. They said they had an on-and-off-again relationship.

"Back in the day, we would just say you hooked up. I mean, you hung out. It was nothing serious," she explained. But when Simmons allegedly attacked her in 1994, they were not seeing each other.

"He'll say, 'Yes, we had a sexual relationship,' but he cannot address the fact that I was too drunk to consent, and that the next day I called him up, screaming. And I attempted suicide. He knew," she said. "And I told him why, that he had ruined my life, and that I had nothing."

Jones said she knew Simmons before he was famous and he allegedly raped her on their first date in 1991.

"This was a very swift attack, and what was going through my mind more than anything was, 'Why?'" she recalled. "Because I liked Russell. And I, you know, I would've just kissed him. I would've made out with him. I would've — he didn't have to attack me."

"He raped me right up against the f***ing wall. Excuse my language. But he — that's what he did. I had to keep this secret," Jones alleged.

In a statement to Fox News, the silence-breakers and survivors said: "We are more than victims of rape. We are Black women. We are mothers, daughters, sisters and friends insisting on our right to live and work free from sexual violence and abuse. We will not back down, and we will not be silenced. We are not afraid. When we raised our anguished voices to say, 'No! Stop! Don’t' to Russell Simmons, he ignored us."

Russell Simmons arrives as a guest to the premiere of the new film "Lee Daniels' The Butler" in Los Angeles, California, on August 12, 2013. (Reuters)

"Now, as we raise our voices in defiance of a culture that protects abusers and their enablers, he has tried to discredit us and to deny our truth. Russell Simmons and his enablers cannot intimidate us, bully us or ignore us. Unyielding as a force, united in our resolve, we are black women standing with survivors of all colors and we will not be silenced. #silenceisviolence #ustoo #lifteveryvoice #metoo."

Meanwhile, Simmons has denied all allegations of nonconsensual sex. His statement read:

"I have issued countless detailed denials of the false accusations against me, including pages of sworn witness testimony including family members, clergy, journalists and mutual friends who were present at every stage. These denials have been validated by my passing 9 prosecution-grade lie detector tests. I have also provided sworn statements and pointed out fatal flaws and inconsistencies in written accounts, some published in their own books, to reputable media organizations which have acted responsibly.

Russell Simmons, pictured in 2015, has been accused of sexual misconduct by over a dozen women.  (Scott Roth/Invision/AP)

"I have admitted to being a massively unconscious 'playboy' which today is appropriately titled 'womanizer.' Continuing to live my life honorably as an open book for decades, devoid of any kind of violence against anyone, as has been documented and examined in detail worldwide since the very early days of hip hop, which is my life's testimony and work. What I won't do is engage in a shootout of attacks and counter-attacks. The social change from today's activism is more important to the world my daughters will inherit than any dirt from false accusations from nearly 40 years ago.

"My life as an entrepreneur, yogi and fighter for new and diverse voices, as well as the faith placed in my work by millions around the world, has been a force for good and will continue to be as long as I'm able to serve the communities I love and cherish," Simmons concluded.

The yet-to-be-named documentary is set to debut at Sundance Film Festival.