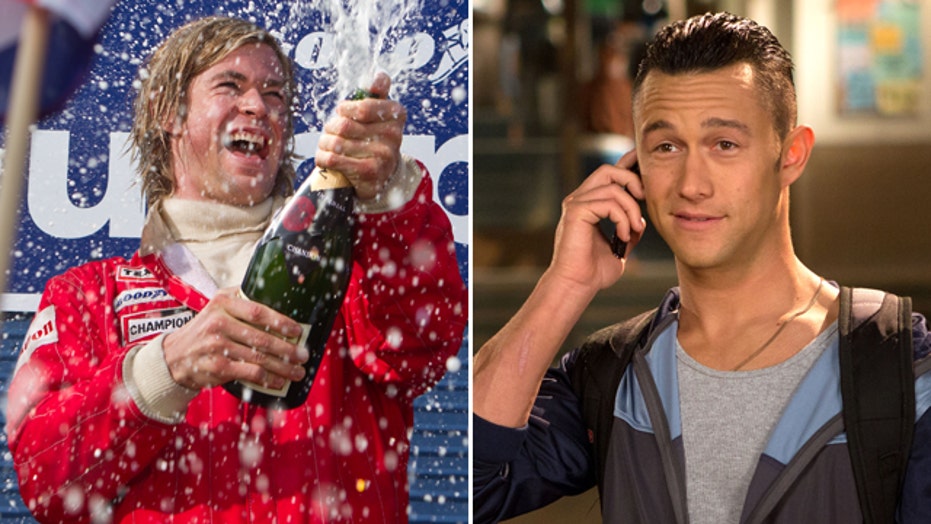 Howard and screenwriter Peter Morgan split the time equally between Lauda and Hunt, sharing both sides of their stories, often tipping the audiences’ loyalties back and forth. On the track, Hunt and Lauda are mortal enemies, even risking each other’s lives to get to the finish line. But off the track, despite their professional disdain for each other, the two find mutual respect as their personal lives begin to crumble. By film’s end, the focus isn’t necessarily on who wins but how they got there, which of course adds a respectable amount of substance over action.

Despite Hemsworth’s and Brühl’s knockout performances, the film lacks significant emotional resonance, which tends to be the case with many of Howard’s dramas. While his movies, “Rush” included, are enticing and easily watchable , he tends to play it too “safe,” too “Hollywood,” leaving an unsatisfied feeling in the gut. Beneath the varnish, beyond the glamour of Hemsworth, period sets, race cars and Olivia Wilde, “Rush” is a rather emotionless series of left turns, which is disappointing since the story and characters are ripe for emotion. But Howard fails to deliver that emotional punch that should be gripping every moment of this film. That’s not to say that “Rush” is not a good movie, because that would be false. It is gripping on its glossy surface, but there could have been a deeper connection between character and audience.

Hunt is portrayed as a spontaneous womanizing sleaze, Lauda imperturbable, logical and almost robotic; both fascinating characters but neither capable of our emotional investment. Both racers must prove to themselves and their respective doubting fathers that they are indeed independent and have what it takes to be Formula 1 world champions. That determination drives them both on the track and off, with Hunt managing a few swinging pit-stops in a bedroom or two.  Their on-and-off-track rivalry was certainly headline worthy, but there is a false-start in actually connecting with these guys beyond a superficial level.

Now that Hemsworth is sans Thor’s hammer, we can really see the Aussie’s range. As Hunt surely was in real life, Hemsworth will command all the attention whilst onscreen, and he does it with both panache and cockiness. He plays Hunt like an uninhibited high school jock, boozy and carefree. Hunt’s intoxicating joyride through fame is contagious, if not affectless and Hemsworth does a fine job bringing the Formula 1 poster boy to life.

Brühl, as was Lauda, is the complete opposite; logical to a fault and determined to the point of callousness. Brühl’s robotic, but effective, performance makes Lauda a more difficult character to connect with compared to Hunt’s clownishness. Only for brief moments after Lauda’s infamous accident, which left him disfigured, do we see some spark, some life beneath his shell.
Both actors have the challenging task of making these two characters watchable for two hours, with which they do succeed, but Peter Morgan’s script leaves Lauda and Hunt as cold as the metal on their cars.

Olivia Wilde though, while only in the film for a few brief scenes and donning a British accent no less, is a colorful distraction as model Suzy Miller. Hunt and Miller were married within moments of meeting (in this film) and Wilde’s suave portrayal of the posh aristocrat, who left Hunt for actor Richard Burton, is short and sweet.

“Rush” is not the epic drama is could have been, but it is certainly watchable and mostly enjoyable, but like an impeccably crafted Formula 1 race car, is fast, glistening with style but ultimately just a cold piece of polished metal.