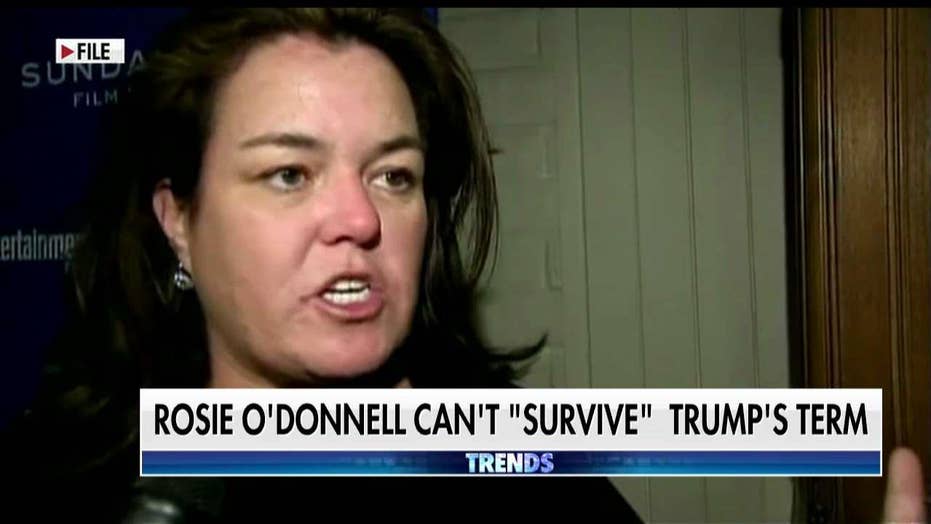 Rosie O'Donnell worries if she can live through Trump presidency

Rosie O'Donnell said her "entire essence and beliefs" were shaken to the core after Trump was elected president in her first interview since the election.

The longtime Trump critic told W Magazine she was in "severe shock" when Trump won and went through "a lot of therapy."

"I was in pure unadulterated [shock], as if I had fallen through the ice on a lake; I was underneath the water, and I couldn’t even see the surface," O'Donnell told the mag. "It was a severe shock to my entire essence and my beliefs in the order in the world, and also the PTSD of having been an abused kid in a family."

The 55-year-old said she was in "pure panic mode" the week following the election but is now just "devastated, disappointed, disheartened, and depressed by the reality of it."

The Hollywood liberal said, "I seriously worry whether I personally will be able to live through" Trump's presidency.

O'Donnell was outspoken about her disdain for Trump during the election, calling him "mentally unstable," among other things.