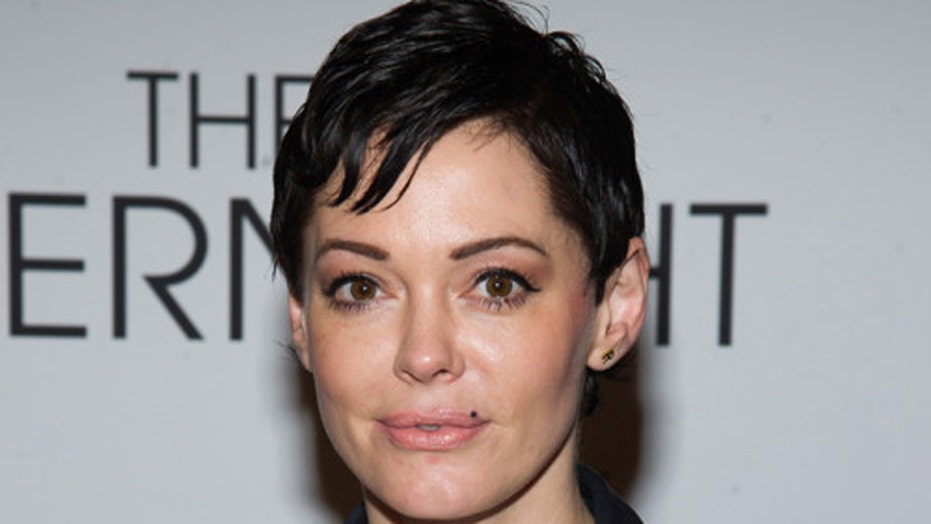 Actress on new music video: ‘I woke up one day and realized I hated acting’

Rose McGowan took to Twitter Monday to apologize for a now-deleted tweet where she compared jokes about sexual assault to an offensive racial slur.

Weinstein has been accused of raping, assaulting and harassing women during his decades-long career.

“Right here in L.A., it’s so beautiful Harvey Weinstein has already asked tonight up to his hotel to give him a massage,” the 39-year-old quipped, according to The Hollywood Reporter.

McGowan, who has come forward to also accuse Weinstein of rape, voiced her disgust with what she heard.

“THIS IS RICH FAMOUS HOLLYWOOD WHITE MALE PRIVILEGE IN ACTION,” McGowan wrote at the time. “REPLACE THE WORD ‘WOMEN’ w/the ‘N’ word. How does it feel?”

The tweet quickly received backlash and The Root’s Clarkisha Kent published a two-part post, titled “On Rose McGowan and the Continued Failure of White Feminism.” Kent pointed out McGowan’s comment ignores the experiences and struggles faced by women of color.

“For black women, silence is often equitable to death,” she wrote. “We go through enough silencing, suppression and harassment over our voices day in and day out… So who exactly thought it was wise to tell us that we should totally volunteer to give up our voices for the day? Hmm?”

On Sunday, McGowan explained that she was smoking pot when she posted her 'N-word' tweet. She then tweeted an apology the following day.

Corden also apologized for his jokes Sunday on Twitter.