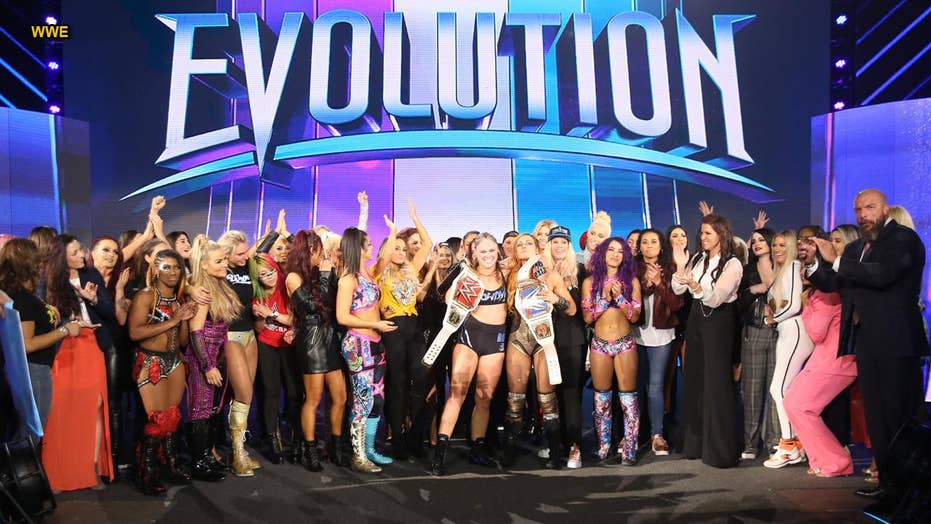 Wrestlers including Ronda Rousey, Stephanie McMahon, Trish Stratus and others told us what it meant to them to be a part of the historic event.

Fox News: How do you feel about this being the first-ever all women's event for WWE Evolution?
Becky Lynch: This has been years in the making. It's been the "Evolution" of what we've been doing, you know? It didn't start with just us, it's been all of the women who have paved the way all throughout time and through history. I've been lucky enough that I was in the right place at the right time. The climate with the audience match[es] perfectly to what we wanted to do in the ring and what we wanted to bring to the screens on WWE on "Raw" and on "Smackdown" and "NXT." It's just it's the perfect storm right now for women.
Stephanie McMahon: It takes all of our superstars, all of our employees, all of our fans. You know, it really is the whole WWE Universe that has made this moment happen. And I couldn't be more proud.
Trish Stratus: I know personally when I set out in this business, I wanted to change the perception of women in this industry because I knew how I was perceived as a woman in this industry. I think we've definitely done that [and] we have a lot of firsts that have happened.
The Miz: I feel like when my daughter is old enough to understand this, this will be the norm...and now I'm hoping my daughter will be like, "Wow, maybe I can take this and take it somewhere else." 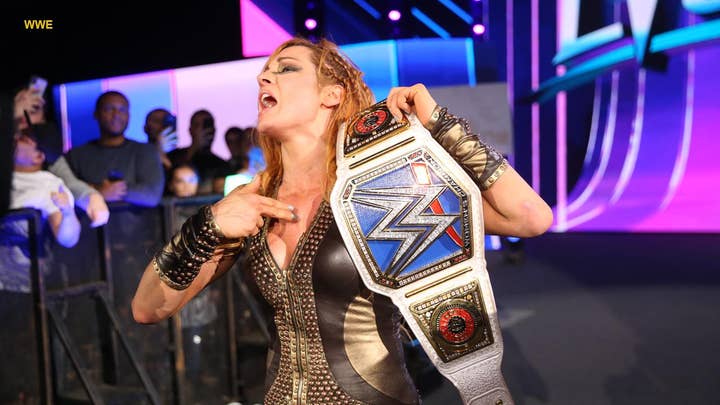 Fox News: What do you think this event means to all the younger girls and women around the world who look up to WWE superstars?
Dana Warrior: When you bring daughters to something like this, you see strong women, you see beautiful women, you see all different kinds of women. It's not one cookie-cutter image that they see on social media with the filters over it all. This is real life.
Stratus: [It's a] really strong message that we're sending tonight...we are showing everyone that women are making it in a male-dominated world. We're being perceived as equals, we're being treated as equals and we're performing as equals.
Ronda Rousey: It's just so amazing that this next generation of women are going to have to deal with so much less B.S. than we did. You know and hopefully, they can pave some more of the way and the next generation will have to do a little bit less. And you know we are well on our way to equality and it's just so great to see the view from the front.

Fox News: What advice would you give to girls trying to follow in your footsteps wrestling in the WWE?
Lynch: Well it's a formula of working on your fitness, working most importantly on your craft in the ring...creating a good look for yourself -- an image that people can identify with and believing in your self. Confidence for me was everything, and that was the thing that I had to work on the most was really believing in myself. And having the confidence that I could do this and carry this division, carry this company, that's what I'm doing.