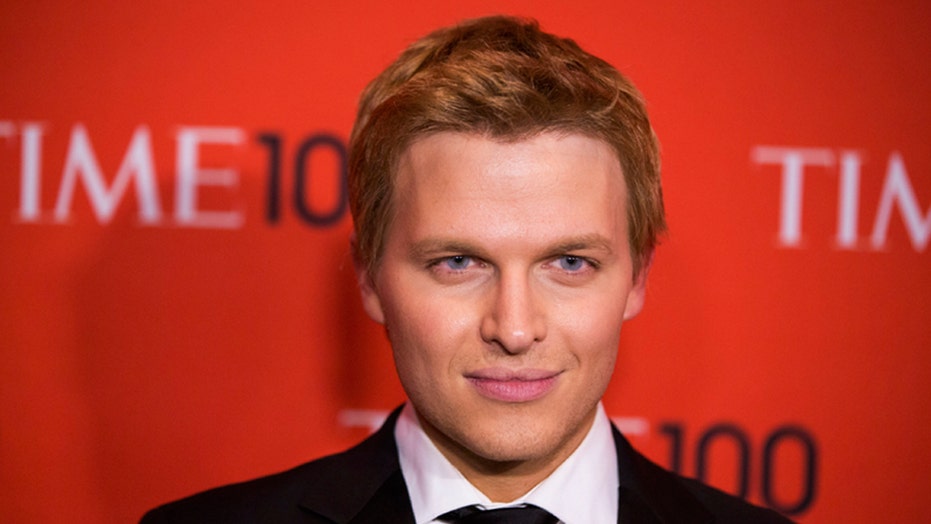 Fox 411: Farrow likens the free pass media gives Woody Allen, despite molestation allegations, to how they once treated Bill Cosby

Ronan Farrow trashes his father, Woody Allen, in first-person guest column for The Hollywood Reporter, which was published on Wednesday as Allen’s film “Café Society” opens the 2016 Cannes Film Festival.

In the column, titled “My Father, Woody Allen, and the Danger of Questions Unasked,” Farrow slams the various stars that have continued to work with Allen despite the fact that his adopted sister Dylan Farrow has stated that Allen molested her. He also goes after the media outlets that interview the director and avoid asking about the allegations.

“I believe my sister,” Ronan Farrow writes. “This was always true as a brother who trusted her, and, even at 5 years old, was troubled by our father's strange behavior around her: climbing into her bed in the middle of the night, forcing her to suck his thumb — behavior that had prompted him to enter into therapy focused on his inappropriate conduct with children prior to the allegations.”

He adds he didn't want Dylan to come forward with her allegations years ago.

“My sister's decision to step forward came shortly after I began work on a book and a television series. It was the last association I wanted… But when Dylan explained her agony in the wake of powerful voices sweeping aside her allegations, the press often willing to be taken along for the ride, and the fears she held for young girls potentially being exposed to a predator — I ultimately knew she was right.”

Farrow says there is a “powerful publicist” protecting his father and reporters don’t ask Allen the tough questions. As a result, he writes, Allen is still able to work with a long list of high-profile actors.

“Actors, including some I admire greatly, continue to line up to star in his movies. ‘It's not personal,’ one once told me. But it hurts my sister every time one of her heroes like Louis C.K., or a star her age, like Miley Cyrus, works with Woody Allen. Personal is exactly what it is — for my sister, and for women everywhere with allegations of sexual assault that have never been vindicated by a conviction.”

Farrow also points the finger at Amazon, the studio behind Allen’s “Café Society.”

He proceeded to call out stars by name who he expects will attend Allen’s Cannes premiere.

“He'll have his stars at his side — Kristen Stewart, Blake Lively, Steve Carell, Jesse Eisenberg. They can trust that the press won't ask them the tough questions. It's not the time, it's not the place, it's just not done.

“That kind of silence isn't just wrong. It's dangerous. It sends a message to victims that it's not worth the anguish of coming forward. It sends a message about who we are as a society, what we'll overlook, who we'll ignore, who matters and who doesn't.”

Click here to read Ronan Farrow's entire column in the The Hollywood Reporter.