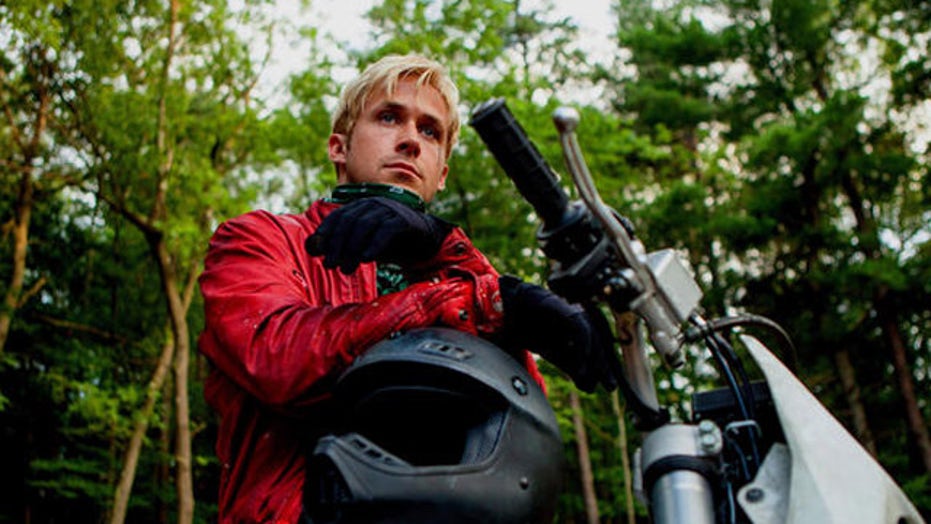 All-Star cast in 'The Place Beyond the Pines'

It’s usually far too early to even utter the words “Oscar,” but “The Place Beyond the Pines” is movie gold. Ryan Gosling and Bradley Cooper have never been better than in Derek Cianfrance’s (“Blue Valentine”) brooding, immersive crime drama.

The triptych format presented here is a pressure cooker, starting with a simmer before raging into a rapid boil, and it’s that boil that dislodges the grime at the bottom of the American Dream and rises to the surface.

This “sins of the father” story pairs Gosling and Cooper as two men on opposite sides of the law in Schenectady, NY, both trying to do what it takes to get by. Gosling is Luke, a motorcycle stunt man in a traveling circus who learns he has a one year-old child with Romina (Eva Mendes). After quitting the circus to raise his kid, Luke makes the choice to rob banks to save up some cash so he and Romina can skip town and begin life anew. Cooper is Avery, the rookie cop who inadvertently crosses paths with Luke and his life unexpectedly changed forever.  The actions caused by Luke and Avery then affect their two boys when they finally meet as teenagers in high school. Together they must face their own inner demons which they inherited from the choices their fathers made.

The most compelling aspect of “Pines” is Cianfrance’s (along with fellow screenwriters Ben Coccio and Darius Marder) portrayal of choice. They lay out every character’s options for all to see, and then watch these very human characters make their choices, which aren’t always the right ones. With each choice comes a different path for the character, mostly leading to an internally darker place.

Gosling again is stripped of his Hollywood “pretty-boy” image, making Luke such a fascinating character to watch. We can see the un-calibrated gears running in his head, falling out of alignment and into disarray and eventual destruction. Gosling did this so well in “Drive” and continues that here. Watching this tortured soul come to certain impasses and then take the wrong way makes for great storytelling and Gosling’s ghostly performance is suitably unnerving.

If Cooper didn’t convince you in “Silver Linings Playbook” that he has the potential to be a great actor, then “The Place Beyond the Pines” should seal the deal. Even more than his in Oscar-nominated performance in “Silver Linings,” Cooper is able to display an even greater range here with a larger character arc. He wonderfully presents Avery as a disconnected but likeable broken hero.

Cianfrance creates a minute Dickensian world rich with supporting characters in this fictional Schenectady. Ray Liotta and Ben Mendelsohn (“The Dark Knight Rises”) also turn in fantastic performances. Mendelsohn is especially riveting as the odd, boozing mechanic who inspires Luke to become a bank robber. Liotta is Avery’s corrupt and truly nasty colleague on the police force. Eva Mendes gives a raw performance as a Romina, a mother who wants to believe that there is a light at the end of the road for her and her son, but is continually knocked back down by Luke’s destructive behavior.

The two most surprising performances, though, belong to Dane DeHaan and Emory Cohen as Cooper and Gosling’s boys. The two and a half-hour drama culminates in the actions between these two riveting young men and DeHaan and Cohen knock it out of the park.

Tying all three stories together is Mike Patton’s intoxicating score, which burrows beneath the murky layers of grime and deftly guides the characters and the audience toward that final place beyond the pines.

With a dash of gritty crime drama, truly compelling characters and top-notch acting from Cooper and Gosling, Derek Cianfrance’s “The Place Beyond the Pines” is a must-see.