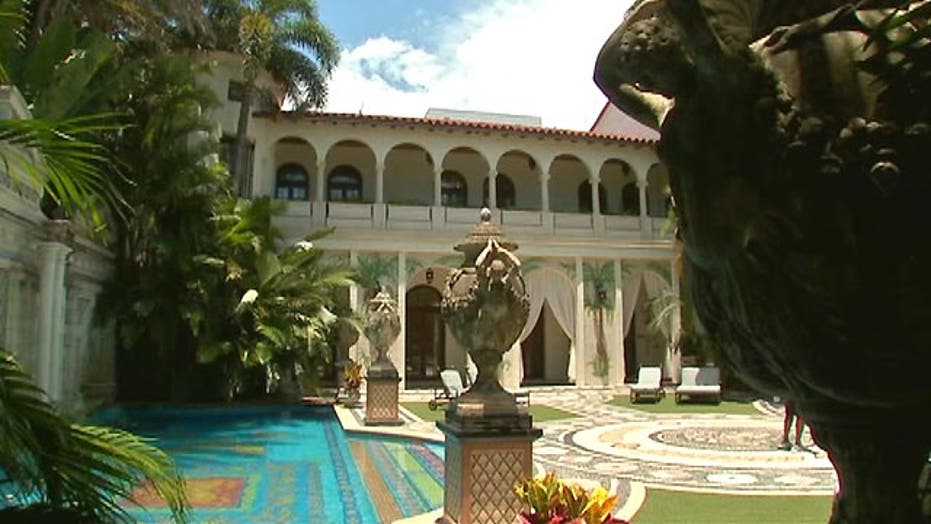 South Beach palace is up for sale

Emmy-winning producer Ryan Murphy describes recreating the murder of fashion icon Gianni Versace for FX’s “The Assassination of Gianni Versace” as “one of the most emotional, profound and moving experiences” of his career.

“I never had a situation with anything I shot like this,” Murphy said recently, addressing a New York audience at a screening of the upcoming miniseries first episode. “The day we shot that the crew was crying, the actors were crying. It was very intense.”

The nine-episode miniseries premieres Jan. 17 as the next installment of FX’s “American Crime Story” anthology, and it’s already creating a lot of buzz in telling the tragic story of Versace’s 1997 murder at the hands of serial killer Andrew Cunan — who gunned Versace down on the steps outside his mansion in Miami Beach (and later killed himself).

Murphy was joined on a panel with his stars: Edgar Ramirez, who plays Versace; Darren Criss, cast as Cunanan; and Ricky Martin as Versace’s companion, Antonio D’Amico — who cradled the fallen fashion giant as he bled out from a fatal head wound in the glaring Miami sun.

Murphy filmed in front of and inside Versace’s former Miami villa, capturing the chaos and perversity of the scene: the desperation of D’Amico as he waits for help; the almost pornographic fascination of the onlookers — one of whom dips a photo of Versace in the blood left on the steps to his home — and the bewilderment of the Miami police, who have no idea what they’re getting into. Watching the scene play out on the screen at Manhattan’s Metrograph theatre had a disorienting effect on Criss.

“I was hit extremely hard by it because unlike a lot of other recreations on television it was not done on a soundstage,” he says. “Those were the stairs [of his actual house], that was the gate. It’s public access. You can walk right up to it. They have such weight, especially in the context of our story. Being dressed as Andrew was, being a beautiful Miami day.

“And then I got to walk though the damn gates and go sit in an air-conditioned room. And that hit me really hard. Andrew never got to go inside. I almost had guilt. Living with Andrew for so long, him reaching desperately for everything he couldn’t have. And there I was just walking in.”

The Versace villa is now a bed-and-breakfast. Murphy told The Post he was shocked when he received the permit to shoot there — but that the actors “were obviously delighted.”

“I don’t think I could have made the show if I couldn’t have gotten that house,” he says. “There was no way you could build [a set] of it. Two of the rooms were made out of seashells. [Gianni Versace’s sister] Donatella [Versace] took all the furniture and the art when she sold the house, but through pictures we were able to recreate them.

“It adds something to the performance.” he says. “When Edgar Ramirez goes to those Biedermeier closets [in Versace’s bedroom], they were the same closets Versace spent a year building and they’ve been lovingly maintained. They were extraordinary.”