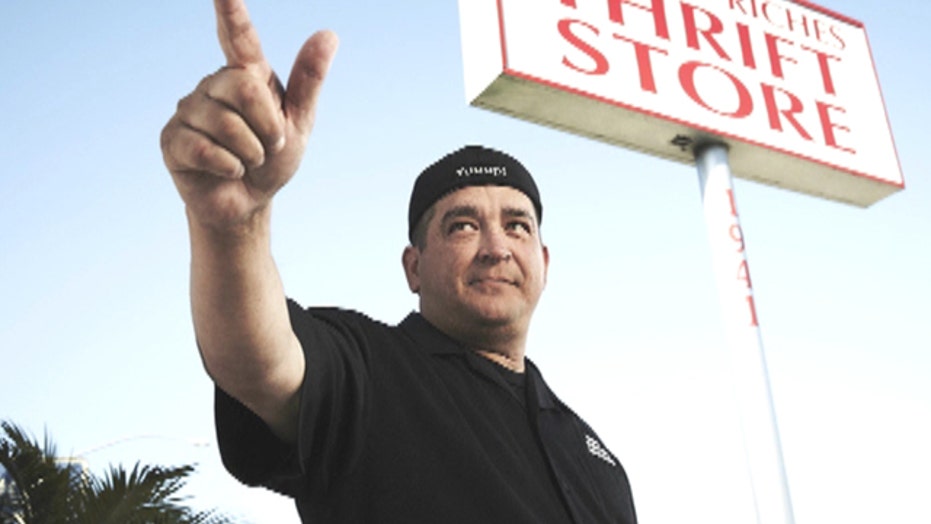 Is it time they re-named "reality" television to something more "real" – like imagined, feigned, or totally fake television? While it has been widely assumed that "reality" shows are far from real – it seems a string of recent lawsuits and embarrassing accusations could cause the popular genre to unravel.

Earlier this year, local police in the Lancaster County, PA, called out "Amish Mafia," a new show on the Discovery Channel, claiming that they had no knowledge of such a mafia, and if it existed they "would know about it." During one episode, the narrator even states that one of the lead characters was arrested by the "Lancaster County Police" –but there is reportedly no such law enforcement agency.

A Discovery rep told FOX 411 they “don't see a need to comment on someone's speculation” and that they “stand by the show.”

And late last year, Kristin Cavallari confirmed what we all had been thinking – that the long-running MTV series "The Hills" was far from unscripted.  In an interview on Bravo's "Watch What Happens Live," the reality star revealed that the show was "pretty fake" and that she was "pretty much" told what to say, who to date and who to argue with.

Similarly, Jesse Csincsak, winner of the fourth season of "The Bachelorette," had less-than-flattering things to say about his time of the hit ABC series.

"It is as fake as they come," he insisted. "The producer casts people then puts them into roles they are not aware of until they see the show and by then it is too late. Their public images are ruined for life. People who never even knew them now hate them for how they were falsely portrayed."

A rep for ABC said the network “doesn’t comment on speculation and rumor.”

Even the famed E! reality series "Keeping Up With the Kardashian's" has come under fire over its authenticity.

The allegations hit an all-time high when paparazzi shots were taken of Kim, and her mom Kris leaving an L.A studio – donning exactly the same clothes, makeup and hair as footage shot in Dubai, sparking speculation that “Dubai” scenes were in actual fact shot in Los Angeles.

Reps for Ryan Seacrest Productions did not respond to a request for comment.

Still, it’s not just the mainstream reality networks that are being accused of faking scenes. Last year, HGTV's "House Hunters" became the subject of scripted speculation when a woman blogged that producers changed her back story to make it more compelling when she appeared on the show. She also charged that two of the three homes showed to her on the series were friends' houses that weren't even on the market.

In response, a network rep said the show is not “a documentary” and is “simply entertaining viewers in a 30-minute format that conveys the ideas, emotions and experiences of the house hunting journey.”

And the accusations about reality shows don’t end there. Some of these claims eventually turn into lawsuits, which have the potential to cost the networks millions for their allegedly faked drama.

In December, Dave Hester – a former cast member of "Storage Wars" filed a $750,000 lawsuit against his former A&E show, claiming the show was staged.

The Discovery Channel also recently found itself in a legal battle. A ship owner filed a suit against its Animal Planet series "Whale Wars" for $5 million, claiming the show lied about the state of his ship and sabotaged the boat to encourage viewers to donate to an anti-whaling organization, the Sea Shepherds.

"Animal Planet's producer of ‘Whale Wars’ over the five seasons has documented the activities of the Sea Shepherds during campaigns and has not controlled nor directed any their activities,” the show’s rep told FOX411’s Pop Tarts column.

So what do these accusations and lawsuits mean for the ever-lucrative reality TV shows?

"The 'reality' shows are in all actuality, lying to their viewers,” John DiThomas, Producer/Partner at Rough Water Films said. “The audience, even if they subconsciously know it is not real, will become angry, and personally I think they should."

But according to prominent reality television agent Alec Shankman, there is little chance faked scenes will impact the audiences of these shows.

“Although the fact that certain storylines and shows are contrived has certainly been brought to light, what matters most to the audience are the characters,” he said. “As long as the characters are genuine, the ‘produced’ storylines don’t seem to be a real concern for fans and ratings.”

Reality TV producer Casey Brumels, of Ping Pong Productions, said the genre seems to entertain, so maybe all it needs is a name change.

“Perhaps as the landscape evolves we will see a name change from reality TV to situational TV?”