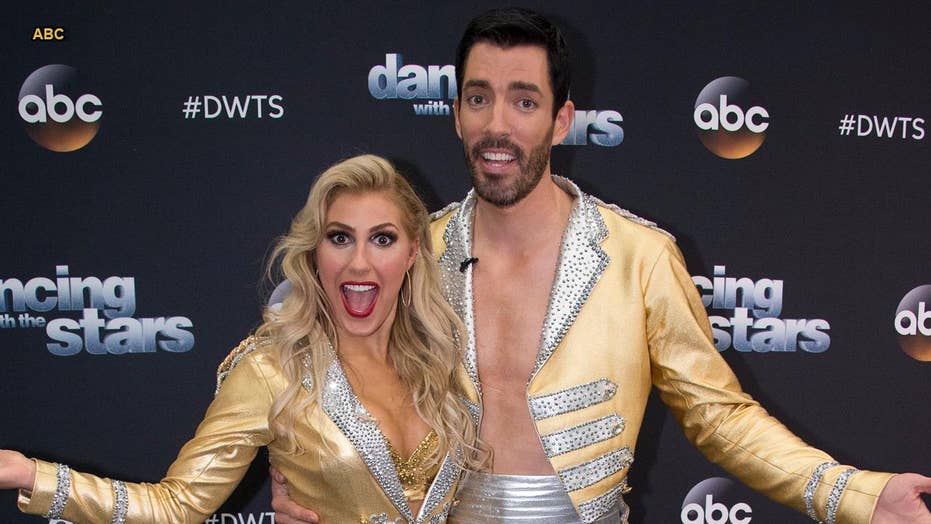 Fox411: 'Property Brothers' star Drew Scott got eliminated from 'Dancing with the Stars' just short of the grand finale, and lost a whopping 34 pounds to boot.

Drew Scott was sent packing on "Dancing with the Stars" as three other celebrities moved on to the grand finale.

But Scott wasn't disappointed, having had a great run on "DWTS" and losing weight before his upcoming wedding to fiancé Linda Phan.

After the show, Scott told reporters about his weight loss while dancing: "34 pounds is the final now," and said Phan was happy about it, "She's like, 'Ooh. Hello, abs!' "

The reality star elaborated backstage with partner Emma Slater by his side, "The thing is, I've always been a pretty healthy guy but I haven't done as much cardio as I should have, and I never thought dancing would give me this much."

Scott expects to continue his fitness with "more sports, that's how I like to get my cardio and maybe put a bit of muscle back on. I dropped a lot of muscle" during "DWTS."

"All around, though, I just feel great. I have more energy and I'm not stopping dancing. I’m going to be the most annoying person ever because I'm going to dance everywhere I go.  My brother [Jonathan] is going to be like, stop dancing on the show already."

On what turned out to be his elimination night, Phan and other family members joined him in the ballroom and Scott told Fox News, "We're going to go out and I'm going to eat a lot of food tonight. I want a burger, a hot dog and sushi — is that a weird combo?"

Scott said he was feeling fine after his ouster because, "Honestly, just to be in the final four means everything. I didn't think I would make it here."

On Monday, Scott and the three other finalists performed two dances — one a redemption dance in a style they needed to improve on and the other a freestyle.

Fisher and partner Lindsay Arnold continued to dazzle, getting perfect scores on both their dances. They received 80 out of 80 points as guest judge Julianne Hough joined regulars Len Goodman, Carrie Ann Inaba and Bruno Tonioli.

Last week, Fisher hurt the cornea of his eye and Arnold injured her knee, but they pushed through the pain and Tonioli called their redemption Charleston "extraordinary."

But the judges really got excited after Fisher's Fred Astaire-inspired freestyle to "Puttin' on the Ritz" by Taco, which Tonioli called a "sensational show-stopping number, Bob Fosse for a new generation."

Fisher and Arnold have a battle on their hands, however, as violin player Stirling and partner Mark Ballas matched them with a perfect cumulative 80 score for their two dances.

Stirling's redemption routine was a quickstep with Hough acting as a coach — and she and Ballas nailed it.

Later, their freestyle paid tribute to her musical career, involving conductors and Stirling playing her violin during the dance in fiery style.

Hough compared it to a "Tim Burton quirky musical," and Inaba joked, "That was you on crack, dancing."

Muniz, who once again told the cameras how much he loves being on "DWTS," fell behind the leaders by getting scores of 38 out of 40 for both his dances. His total was 76.

While Muniz's redemption dance foxtrot was straightforward, his pro dancer Witney Carson decided to take a risk for their freestyle which featured the two dressed in black and in a dark mood.