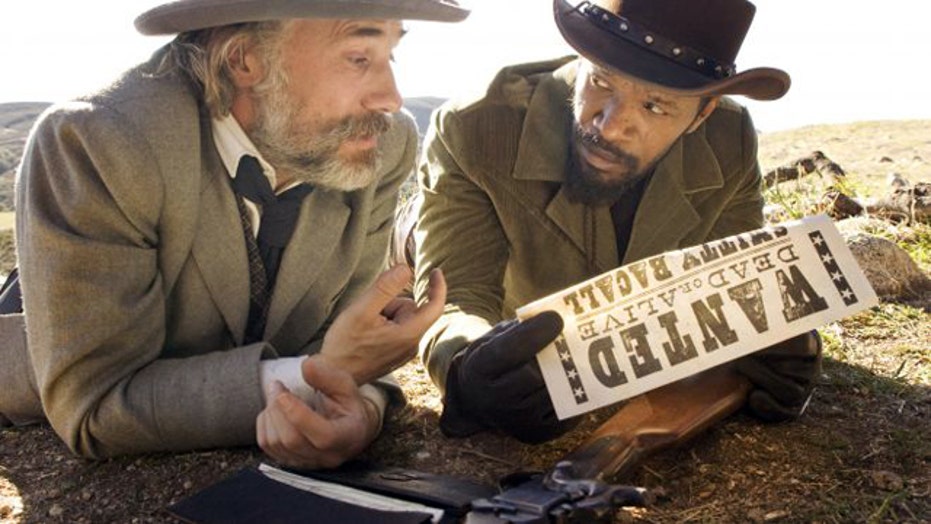 New calls to curb on-screen violence in wake of shooting

"Our thoughts and prayers go out to the families of the tragedy in Newtown, CT and in this time of national mourning we have decided to forgo our scheduled event,” a Weinstein rep said in a statement to FOX411’s Pop Tarts column. “However, we will be holding a private screening for the cast and crew and their friends and families."

The premiere was scheduled for Tuesday evening at the Academy of Motion Picture Arts and Sciences, with stars Samuel L. Jackson, Jamie Foxx, Kerry Washington, and Christoph Waltz due to walk the red carpet.

The star and director of the film differed over the weekend about Hollywood’s responsibility when it comes to violence in film.

Actor Jamie Foxx told the Associated Press that the entertainment industry needs to start bearing some responsibility for violent content it produces. "We cannot turn our back and say that violence in films or anything that we do doesn't have a sort of influence," Foxx said. "It does."

But director Quentin Tarantino, who has built his career on depictions of graphic violence in films like “Inglourious Basterds” and “Kill Bill,” said he was tired of having to defend his movies, noting that “tragedies happen” and the blame should fall on those guilty of committing them.

“Django Unchained” is not the only big Hollywood holiday movie to respond to the tragic murders in Newtown, Conn. The premiere for Tom Cruise’s action flick “Jack Reacher” was postponed over the weekend, as was the slated premiere for the family comedy “Parental Guidance.”

But the cancellation of the "Djano Unchained" premiere was not enough for those outraged by the facts that Tarantino’s latest work still intends to open on Christmas Day, and its New York press junket went ahead as planned on Saturday, despite Friday’s tragedy.

“Hollywood now feels it needs 2 cancel a violent movie premiere, but feature it anyway in a few weeks. What is the point?” tweeted one, while another called the release day timing “disgusting.”

Following the Aurora, Colo. massacre in July, in which a lone gunman opened fire during a midnight screening of “Dark Knight Rises,” The Weinstein Company's president Harvey Weinstein, who has a home in Connecticut, called for a summit in which filmmakers could discuss the affect on-screen violence has on society.

A rep for Weinstein Co. did not respond to a request for further comment.