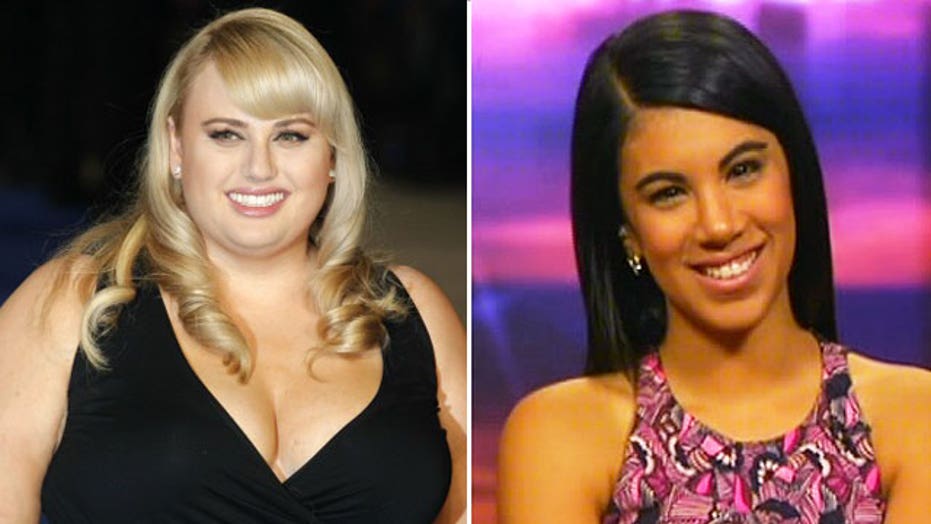 Pitch Perfect 2 star: 'Rebel Wilson took me under her wing'

Chrissie Fit, the newest ‘Barden Bella’ says the cast of 'Pitch Perfect 2' tried to keep it classy off set

NEW YORK – Chrissie Fit is the newest Barden Bella in "Pitch Perfect 2," set to open on May 15th. The former Disney actress chatted about her famous co-stars Elizabeth Banks, Rebel Wilson and Anna Kendrick, and what really happens at “Bella Bootcamp.”

FOX411: You play Flo in the movie alongside some serious powerhouse women in Hollywood.

Chrissie Fit: It was amazing. Obviously, I was really nervous coming into it because they had done their first movie together, but for no reason, because right away they were just like so warm and friendly. I can say that they’re all my friends now. It’s so, so great.

FOX411: Did you guys break into song all the time off set?

Fit: No! I think that would have been really fun because I enjoy that.  If it were up to me I would be singing down the grocery store aisles, in libraries. We actually had a “Bella Bootcamp.” We had to sing all together at one point. We had a group rehearsal and then we had individual rehearsals so once we were done with rehearsals we were tired.

FOX411: So, all the actresses actually sing in the movie. Rebel Wilson doesn't have a stunt singing double?

Fit:  Oh no, no, no! We all sing. We all are singers and we all dance, and we had like a month to prepare for filming. So, yeah that’s all our voices.

FOX411: Were there any wild antics on set you can share?

Fit: This is a safe place? They’re all my friends now so I kind of want to keep it that way. We had a lot of fun on set and the “Bella Bootcamp” was a little bit more serious because we had to learn all of this stuff but we did have viewing parties for “The Bachelorette” that were really interesting where we would try to keep it classy, but by the end of it we were throwing stuff at the TV, and so mad that that girl did that to that other girl, and “Why did he pick her?”

FOX411: Did your co-stars give you any advice on how to handle your newfound fame?

Fit: They were all so helpful and I learned so much by just being around them. Rebel (Wilson) took me under her wing for certain things, and Ester Dean is kind of like Buddha. She always has inspiration and is so positive and so great. I picked up stuff from all the girls, especially Elizabeth Banks, who I admire so much as an actress, as a producer and now as a director, and she kills it in this movie. She’s so amazing.