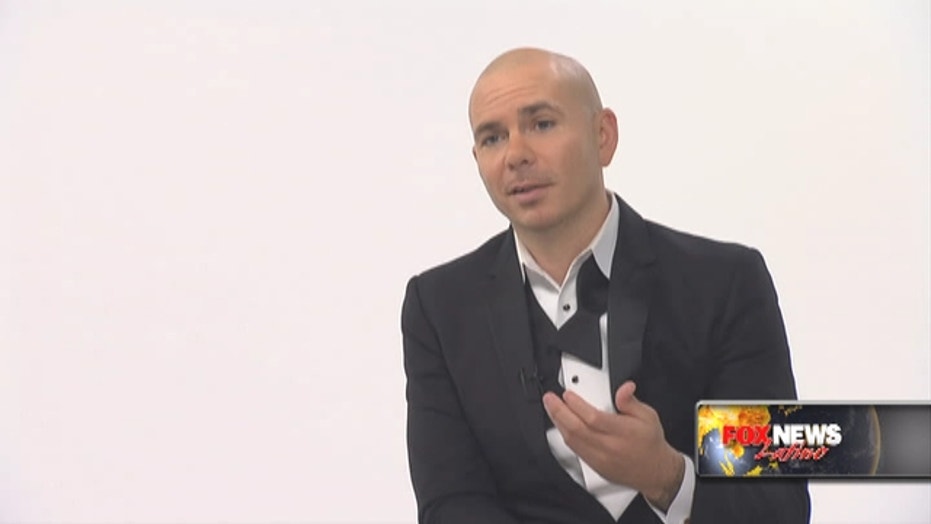 Pitbull opened up about his comments on Trump and his relationships with Marco Rubio and Jeb Bush.

New York – Pitbull said it is “amazing” to have two Latinos running for president as well as having two presidential candidates from the 305.

The Cuban-American rapper, who has been vocal about criticizing Donald Trump but stays coy about his political affiliation, flirting with both parties but not rallying for either one. He does give a plug to fellow Miami homies Sen. Marco Rubio and former Governor Jeb Bush — though he’s cautious about not endorsing either one.

While Pitbull says his connections to Bush and Rubio are “priceless,” the rapper said they don’t mean that he is going to campaign for either one of them any time soon. Or any other candidate, for that matter.

While he expresses respect for Bush and Rubio, who are both Republican, there is at least one political contender he doesn't care too much for.

"For all of the Latinos out there, keep your heads up. And Trump, watch out for El Chapo, dude,” he said during the Premios Juventud, a Spanish-language award show on Univision.

Pitbull said he respects what Trump does as a businessman, but he does not support his campaign rhetoric.

“For what (Trump) is doing and what he’s trying to do, God Bless him,” Pitbull told FNL. “But on my end, it’s not something that I would stand next to, stand for, approve or in any way shape or form, allow that kind of disrespect toward our culture,” he added.