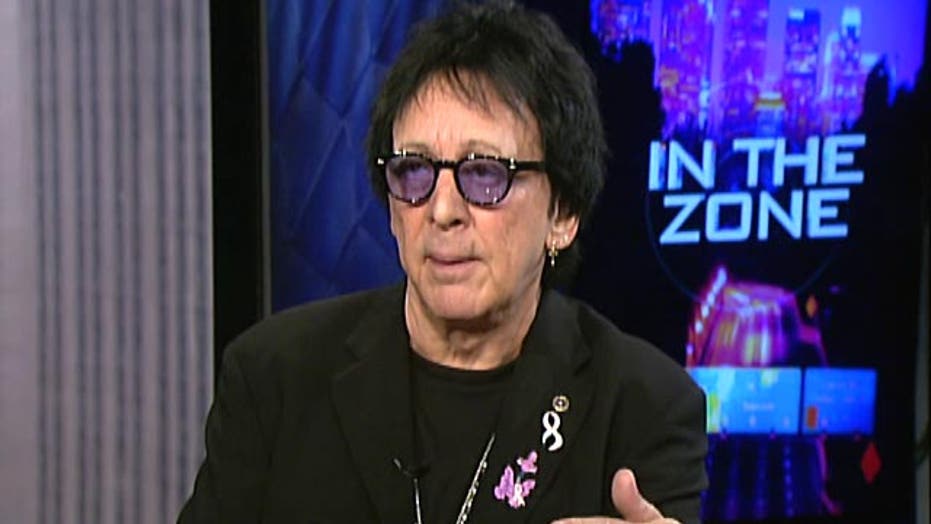 NEW YORK – Peter Criss is rock star royalty. As the drummer and a founding member of the band Kiss, Criss, 68, has is a place in music history, and was inducted with his bandmates into the Rock and Roll Hall of Fame in 2014.

What you may not know about Criss, however, is that he is a breast cancer survivor. He joined us in the FOX411 studio to talk about  his work as artist ambassador for Hard Rock’s Pinktober Campaign for breast cancer awareness.

FOX411: You had breast cancer. What was it like getting the diagnosis?

Peter Criss: As a man, I thought I must have pulled a muscle, and being in spandex and lipstick and high heels most of my life, I’m pretty used to my body. I just felt like something was wrong and I told her (Criss’ wife) so she mentioned it to the doctor. The doctor said if you were my husband I would send you over to New York Presbyterian to see Dr. Switzel.

But that’s a cancer hospital for women. She goes, “Yeah but I think you should go there.” It blew my mind walking into a huge room like this nothing but women, no men, except for their husbands with them. It felt really uncomfortable for me, and it actually scared the pants off of me.

FOX411: Was your induction into the Rock and Roll Hall of Fame bittersweet?

Criss: No. As in any band, it’s like a marriage, you know. There’s good and there’s bad. There’s the great times and the bad times. I wrote a book about it and it still says everything I still stand by.  Everyone loves great endings and too bad, it wasn’t a great fairy tale ending. I think money, power, fame changes people a lot. When I was a younger guy, you would have hated me. My head was bigger than my body. I thought I was the greatest thing on the planet.

FOX411: What's the difference between being a rock star versus a musician?

Criss: Musicians play music because you love… I loved to play drums since I was five. It’s all I ever wanted to do. Rock stars, or as we call them, posers, guys who want to just look great, dress great. They’re not musicians; they’re looking for the fame.