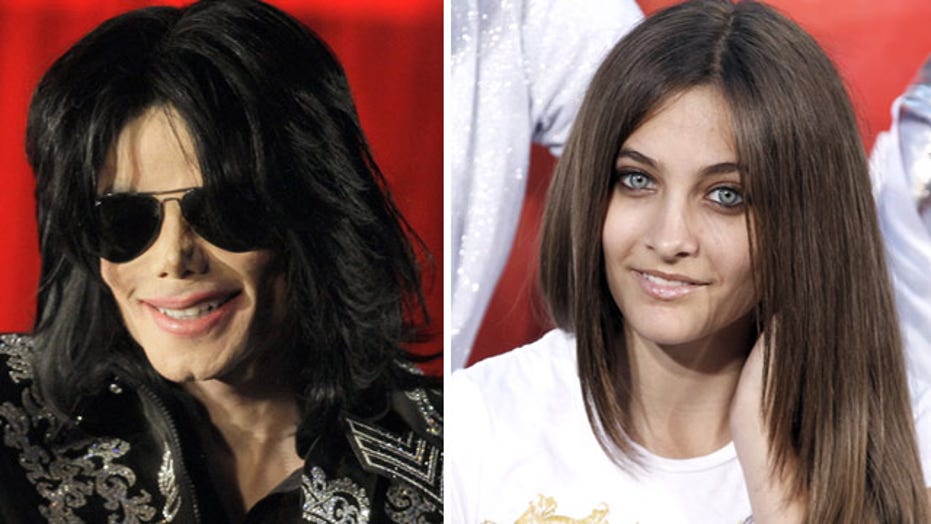 LOS ANGELES – The daughter of pop superstar Michael Jackson made headlines Wednesday, after news broke that the 15-year-old Paris Jackson, who was just 11 when her dad died suddenly in 2009, was rushed to a hospital after attempting to take her own life.

“Look at her life, it’s not normal and this is hardly a surprise. While this is the most serious attempt, it is not the first time. There have been many signs of problems before this,” a source closely connected to the Jackson family told FOX411’s Pop Tarts column with regards to the teen’s rumored penchant for cutting herself. “Paris is now surrounded by people that, up until a few years ago, she barely even knew. Before that, she spent her public life wearing a mask and witnessing the problems that her dad had. The fact that she and [her brother] Prince saw their father for dead that day, well that’s incredibly traumatizing in itself.”

Siblings Prince and Paris allegedly walked toward their father, who was lying still on a bed with his eyes and mouth open on that fateful day, screaming “Daddy!” before Dr. Conrad Murray had them ushered away.

TMZ reported that Paris cut her wrists with a meat cleaver and took a large number of Motrin pills.

ET later added that Paris attempted suicide because she was upset that she was being prohibited from going to rock musician Marilyn Manson’s Los Angeles concert on Thursday night.

“That might have been the straw that broke the camel’s back, but there have been problems long before this,” explained the insider. “The Jackson kids never really got the professional help they needed after Michael died, and they need it. This incident is going to go one of two ways – it will either be a wake-up call to Katherine [their grandmother and legal guardian] or it is only going to get worse.”

However, multiple Jackson sources have also cautioned that there is likely more to come, with Rowe possibly filing a court motion to ascertain custody of the Jackson children. Since her dad’s death, Paris has spent much more time with her mom, and the bond has grown particularly strong in recent months.

Rowe’s attorney, Eric George, declined to comment specifically on the custody claims, instead issuing the statement: “We appreciate everyone's thoughts for Paris at this time and their respect for the family's privacy."

"Being a sensitive 15-year-old is difficult no matter who you are,” she said on behalf of the Jackson family matriarch. “It is especially difficult when you lose the person closest to you. Paris is physically fine and is getting appropriate medical attention. Please respect her privacy and the family's privacy.”

Our source added Paris is considered the one in the household who “calls all the shots” and provides a lot of maternal care for the youngest in the family, 11-year-old Blanket. She’s also used to getting her way and doing things as she sees fit, which is part of the reason why her famous aunt Janet Jackson attempted to take her cellphone during a highly-publicized altercation outside the Jackson family compound last year.

One thing Michael Jackson did as devoted parent was ensure that his three children – Prince, Paris and Blanket – were far removed from family drama and greed. But according to our insider, that’s no longer the case.

“The Jackson team did a really great job repairing Michael’s image after he died, but this $40 million AEG lawsuit and new molestation claims from Wade Robson has really thrown all caution to the wind,” continued the source. “What those kids are hearing about their dad and drug use and everything else regarding that trial is really ugly.”

In addition to the traumatic life changes Paris has weathered over the last four years, last July she and her siblings also dealt with Katherine’s “missing person” saga, which spawned a bitter family feud and custody battle.

Paris also routinely tweets out her sore and somber feelings with song lyrics.

“You say I need therapy, well, my darling, so do you. Don't need for you to tell me what is wrong in all I say or do,” she wrote Tuesday, referencing a Zee Avi song, before later tweeting out the Beatles. “Yesterday, all my troubles seemed so far away now it looks as though they're here to stay.”

Representatives for the Jackson family did not respond to a request for further comment.