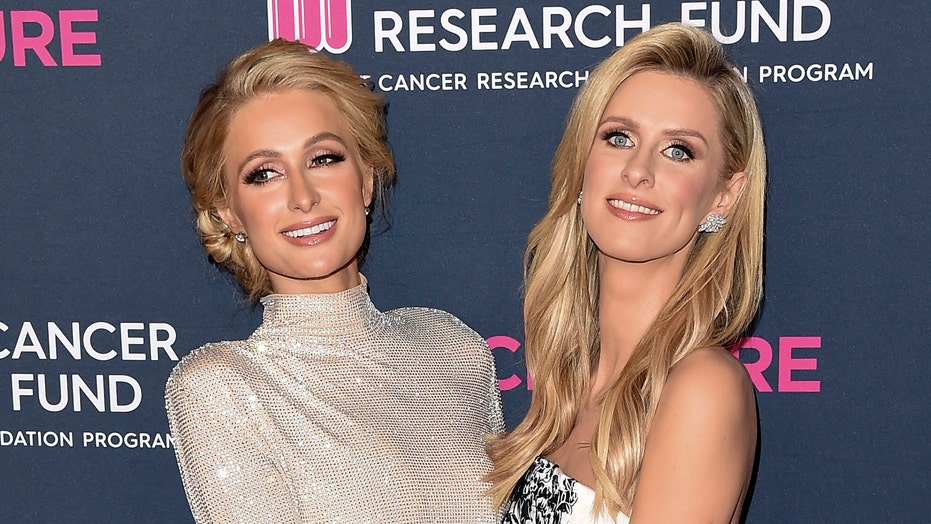 Paris, 39, is the subject of a new YouTube documentary, "This Is Paris," in which she gives fans a look into her life.

The heiress admitted in the doc to not taking time off of work since she was 15 years old and said that she's traveling 250 days out of the year, according to the Daily Mail.

In one segment of the doc, Nicky, 36, stepped in to suggest her sister reevaluate her work-life balance and take a vacation without her cell phone.

Paris Hilton attends the Revolve Awards with Ruffino Prosecco on November 15 in Los Angeles. The heiress stunned in a polka dot mini-dress with sheer sleeves. (BFA)

"My schedule is too busy," said Paris, who has worked in music, modeling, reality television and more.

"Because you're greedy," said Nicky with a smile, according to Daily Mail. "You won't turn down a check."

Per the outlet, Paris said she doesn't feel that she can slow down until she becomes a billionaire, which is a personal goal of hers.

Since the filming of "This Is Paris," it seems that Paris has changed her tune.

DM reports that she spoke at an AllBright Event lately, saying: "My goal … was to make a billion dollars, but now, all I really care about is being happy, my love, my relationship and the future."

Paris and her sister also discussed whether Paris wishes to have kids someday.

The star said she's had eggs frozen to ensure she can be a mother in the future, hopefully to a little girl named London.

Additionally, Paris revealed it was her longtime pal Kim Kardashian West who talked her into freezing her eggs.

"I had a really amazing conversation with Kim about it. She introduced me to her doctor, and I was so inspired by her to actually do it," said the heiress. "I think every woman should do it because you can really control it and not have that 'Oh my God, I need to get married' [feeling]."