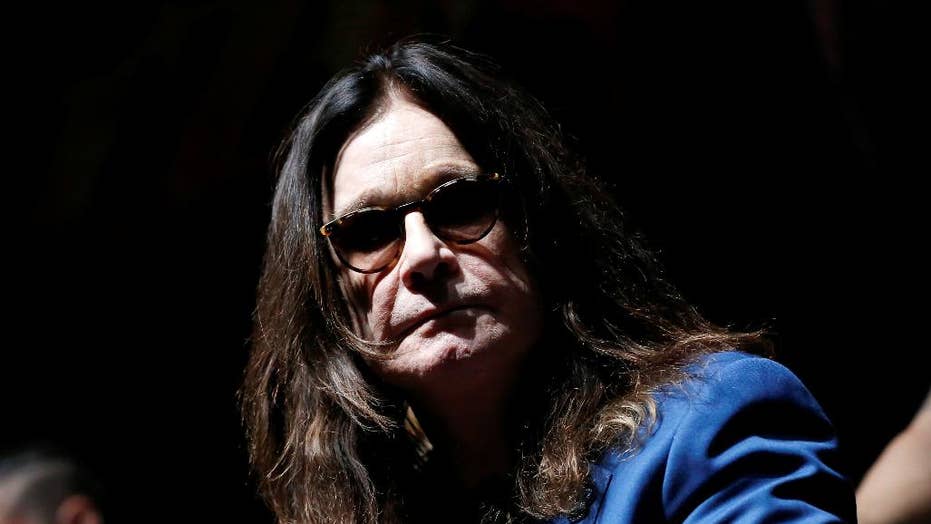 Ozzy Osbourne says that in order to play the O2 arena in London artists are unfairly required to also play the Los Angeles Staples Center. In a lawsuit, the rocker is seeking an injunction on what he claims is an unfair agreement.

Heavy metal rock star Ozzy Osbourne has filed a class-action lawsuit against Anschutz Entertainment Group for allegedly “coercing” artists, such as himself, into playing at both of AEG's London and Los Angeles venues.

According to The Hollywood Reporter, AEG's "Staples Center Commitment" is a deal which says that "artists and musicians cannot play [at] London’s most essential large concert venue — the O2 Arena — unless they agree to play [at] the Staples Center during the part of their tours that takes place in Los Angeles."

Both the O2 Arena and the Staples Center are owned by AEG.

After learning of the AEG agreement, Osbourne, who is scheduled to play at the Hollywood Bowl in October as part of his "No More Tours 2," filed the class-action lawsuit against AEG saying that the music company is illegally tying its venues together under the "Staples Center Commitment," prohibiting artists from performing at the O2 Arena unless they also perform at the Staples Center.

According to THR, Osbourne explained that he tried to book the O2 venue for part of his tour, but when requesting the February 2019 date, he was told that the venue was only available under the condition that he play at a venue that was described to be the Staples Center.

While the singer reportedly agreed to comply with AEG's demands over O2, he argued that the demands were restrictive to the artist's freedom and restrain competition, prompting his filing of the class-action suit.

Osbourne's attorneys said in a lengthy statement, "The harm from the AEG Defendants’ illegal tying practice is not compensable with money damages.

"For one thing, it is impossible to catalog, let alone value, the myriad benefits that artists and consumers would enjoy by virtue of competition between Staples and the Forum, which the Staples Center Commitment thwarts. For another, depriving artists of the choice of which venue to play in the greater Los Angeles area is an irremediable harm in its own right: delivering the concert experience that, in the artist’s own calculation, best reflects his or her vision for fans — in the environment of the artist’s own choosing — is an essential and integral component of the connection between a musician and his or her most ardent supporters. This is about identity, freedom and choice, as much or more than it is about money."

In response to the lawsuit, AEG executive Jay Marciano said, “This suit is without merit and we will vigorously fight it. We welcome a closer look at the global live entertainment market and, specifically, our practices and the practices of our competition. AEG has always worked hard to put artists first. At the same time, we must respond to the actions of those we compete with, specifically Live Nation and Madison Square Garden. Fighting for a level playing field is fair competition at its core.”