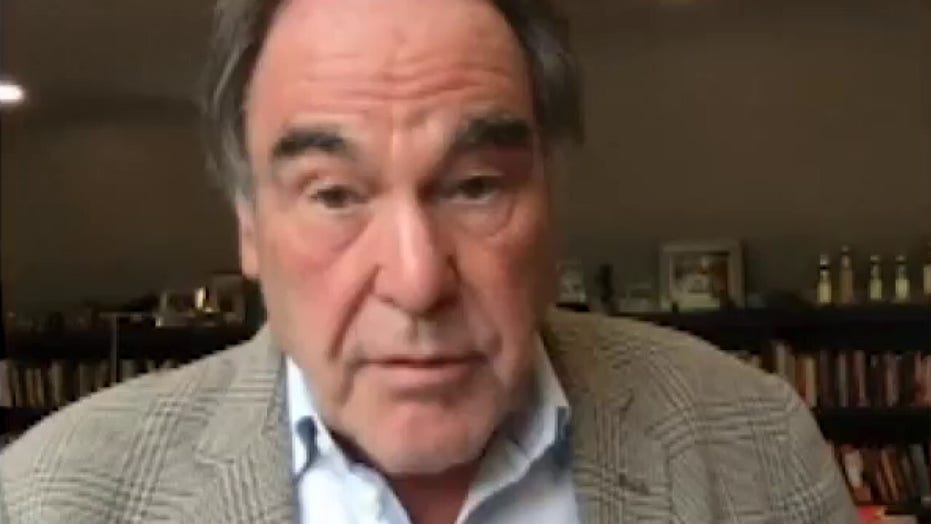 "In my own personal experience, I would say Hollywood tends to economically censor subjects that are critical of America's foreign policy, and critical of the military adventures abroad that we've been engaged in for so many years," Stone told host Jesse Watters.

"I know also that I had a hell of a hard time getting 'Platoon' made, as well as several other films," added Stone, who won the first of his two Best Director Oscars for the 1986 movie that starred Tom Berenger, Willem Dafoe and Charlie Sheen.

Stone wrote "Platoon" based on his experiences as a U.S. Army infantryman during the Vietnam War.

"The intelligence agencies mislead us in many affairs, going back -- in wars, especially -- to Vietnam, to Iraq twice, Afghanistan, Syria," he told Watters. "It’s years of misinformation, particularly in Vietnam where I experienced, where -- I was a small fry there, but certainly at the bottom of the chain, we felt the devastating effect of the continual lying about the fact that we were winning the war, winning the war. It was never true."

Stone, who is best known for his historical dramas like "JFK," "Salvador," and "The Doors," also discussed the Academy of Motion Picture Arts and Sciences' new diversity criteria for Best Picture nominees, which is scheduled to take full effect in 2024.

"We have to deal with the fact that people do historical pieces," he said. "History fascinates me and if you're doing another era, you have to pay attention to the mores of that era ... I don't know how that will apply and I don't know how they're going to make that work."