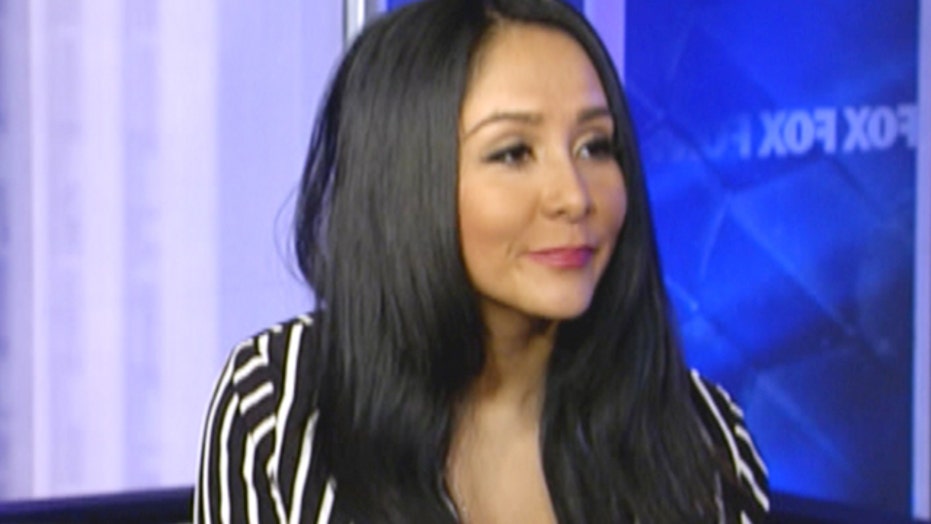 Nicole “Snooki” Polizzi has come a long way from her days hanging at the Jersey Shore. The former party girl turned mom of two spoke to FOX411 about her transition from popping bottles at the club to making bottles for her baby, and her book about pregnancy and motherhood: “Baby Bumps.”

Nicole Polizzi: I wrote this when I was pregnant with Lorenzo.  This book has been out but now it’s out in paperback.  It’s basically my journey of my pregnancy and how it changed me as a person, and it also the truth about pregnancy.  A lot of the books don’t tell you the truth like you’re going to pee yourself, how disgusting pregnancy is but in the end you have a child so it’s all worth it but the whole pregnancy is just gross.

FOX411: You and JWOWW became best friends on “Jersey Shore” and had your own spin-off show MTV’s “Snooki & JWOWW.” Did you ever think that two women who could drink most people under the table would be married with babies?

Polizzi: I knew it was going to happen eventually but I didn’t think it was going to happen when I was 24. I was aiming for like 26 but I mean me and Jenni always talked about getting married and having babies and you know, just being best friends until we’re in the nursing home together…old ladies and dying. So, it was bound to happen and I feel like we’re awesome at it. And it came very naturally, surprisingly.

FOX411: How are going to explain your party girl past to your kids when they are older?

Polizzi: I’m screwed! I didn’t have one-night stands but I made out with everybody.  I was a kissing bandit, but no, I didn’t sleep with everybody. But the evidence is there. I did party. I did go crazy so my kids are definitely going to see that and be like, “Well, Mom you did it. Why can’t I?” So, I’m screwed. I’m terrified for that moment but as of right now I’m just enjoying them being little babies.

Polizzi: I did until recently because the fans love to see the kids. I mean, they’re gorgeous. I’m not just saying that because they’re my kids. The last picture I posted was with Lorenzo and Giovanna and people were saying awful, sexual things. That’s not right. That made me pissed. You can say whatever you want about me but if you talk about my kids I’m going to find you and hurt you. So, I decided from that moment on that I’m not going to post my kids on social media anymore. I don’t want to see that. I will kill someone.

FOX411: Out of all the "Jersey Shore" cast members is there someone you could never see again and be fine with that?

Polizzi:  I don’t get along with Mike (Mike ‘The Situation’ Sorrentino) and Vinnie (Guagdagnino ) anymore.

FOX411: Is Mike still a situation?

Polizzi:  I don’t have no idea because I haven’t talked to him since Season 6 – that was like what, three, four years ago? But everybody else I talk to. Ron and Paulie and Sammi and Deena were in the wedding. We’re still a family.

FOX411: Are you no longer friends with Mike and Vinnie because of things that happened on the show or things that occurred behind-the-scenes?

Polizzi:  I would say both. I feel like they weren’t good friends to me so what’s the point?

Polizzi: I would say it just made me watch out for myself because I’m a very gullible person and I believe everybody.  I trust everybody and you can’t have that in this business because people don’t care so I feel like that’s what I learned. I learned to put boundaries up thank God but you know, I did get screwed over a couple times, which sucks.