Inmates danced for the movie star and shook his hand as he toured the Shimo La Tewa prison in the Kenyan coastal town of Mombasa. The prison has become a model for other jails in the country because of the reform work of its chief warden, Wanini Kireri.

Cage, a U.N. Goodwill Ambassador on Drugs and Crime, told The Associated Press Television News on Tuesday that he wanted to meet with some of the suspected Somali pirates, hear their stories and understand what is fueling piracy off the Somali coast.

"Then I'm in a position where I can actually make some sense and talk about it when I go back to the States where I go talk to different U.N. councils and discuss the matter," Cage said.

Cage also gave out awards during his Tuesday visit to wardens in recognition of their outstanding work. He left Kenya Wednesday.

Somali pirates are currently holding around a dozen ships and more than 200 crew, and attacks have increased in recent weeks as seasonal rains subsided. On Wednesday, pirates attacked the Maersk Alabama for the second time in seven months, though private guards on board the U.S.-flagged ship repelled the attack with gunfire and a high-decibel noise device.

An international flotilla of warships now patrols the Indian Ocean and Gulf of Aden, but pirates continue to carry out attacks because of the millions of dollars that can be made from a successful hijacking. 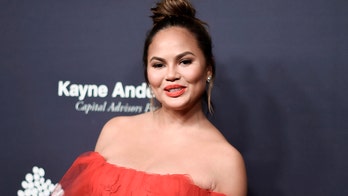