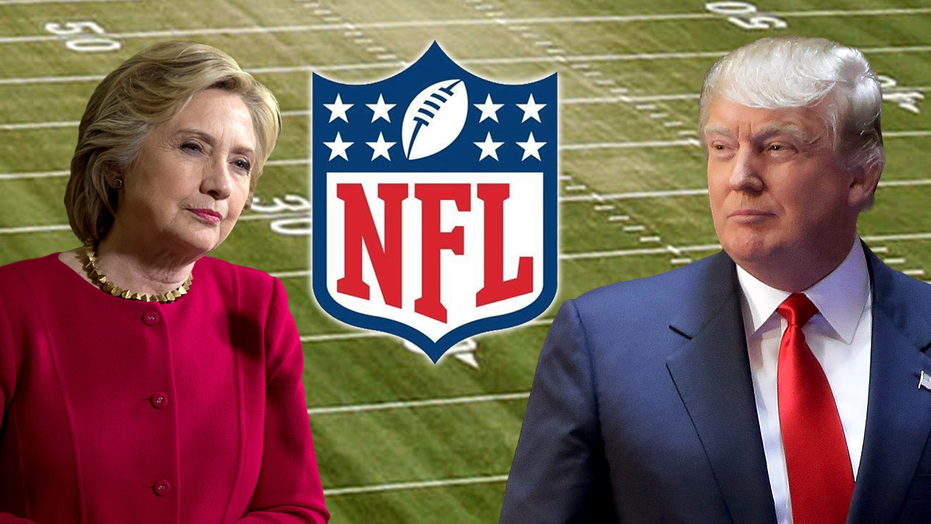 The National Football League has been dealing with a surprise ratings slide this season, and Sunday provided some more bad news. While FOX’s afternoon double-header of Cowboys-Packers and Eagles-Redskins saw a ratings uptick from week six of last season, NBC's "Sunday Night Football" ratings fell to a nearly five year low for its broadcast of the Houston Texans' overtime victory over the Indianapolis Colts.

In the first month-plus of the regular season, NFL ratings are down double digit percentages across FOX, CBS, NBC and ESPN. So who or what is to blame? There are several theories currently swirling over the most popular and profitable professional sports league in the U.S.

Colin Kaepernick is to blame

Many point the finger at San Fransisco 49er quarterback Colin Kaepernick. On Sunday, Buffalo Bills fans booed Kaepernick as the star knelt for the National Anthem. Again. Kaepernick then started for the first time this season, with Buffalo decimating the 49ers, 45-16.

Kaepernick set off a firestorm of controversy during a preseason game in August when he refused to stand during the National Anthem. Other players followed, spurring many fans to launch a protest of their own, tuning out the NFL.

Actor James Woods is one prominent critic who said since the NFL permitted the protests, football is dead to him.

"I will never watch the NFL again, ever," he told TMZ. Since then, Woods has tweeted "#BoycottNFL" often.

And he's not alone. According to Newsday, a Rasmussen Reports survey this month found that almost a third of 1,000 Americans surveyed said they’re less likely to watch NFL games because of the anthem protests.

Donald Trump and Hillary Clinton are to blame

An internal NFL memo obtained by the Wall Street Journal showed the league felt protests had nothing to do with the ratings fall. Instead, it blamed not having enough marquee matchups this season -- and the public's intense focus on the presidential contest.

Glen Selig, chief strategist of The Publicity Agency, based in Tampa, Fla., which helps brands in crisis, told FOX411 he agrees. "I think this has a lot to do with the Presidential election. There has been so much drama and fighting [there that] for many people, it's taking the place of watching football."

Selig contends that coverage of politics, including debates, has "sucked away viewers" from football – but only for now.

And he suggests the NFL should "do a marketing and ad campaign to remind people they need to take a break and have fun, take a step back from politics. And maybe football can be that."

Millenials are to blame

According to an Ohio University study cited by Fridge Magazine, the league has to market itself better to the millennial generation.

OU reported that a survey of 3,000 Americans showed that millennials – people born between 1980 and 2000 -- don't care for the NFL brand. According to the study, many millennials shun cable packages in favor of streaming video, making it difficult for them to connect with traditional football coverage.

Because of this, the NFL has turned to social media, producing Snapchat "Stories" and cutting a deal with Twitter to stream Thursday night football.

Also, the NFL must encourage more stars to engage in social media. As the Washington Post pointed out, NBA players have been wildly successful in attracting young fans through Twitter and other platforms.

The NFL is to blame

Others think the NFL simply has to up its game.

"The product is awful right now," Paul Zeise of the Pittsburgh Post-Gazette wrote. "There are too many bad teams."

Sportswriter Jim Souhan of the Minneapolis StarTribune wrote that the NFL is "watered-down and too often boring" because of the lack of stars such as Peyton Manning (now retired) and Tom Brady (who served a suspension for the first four games).