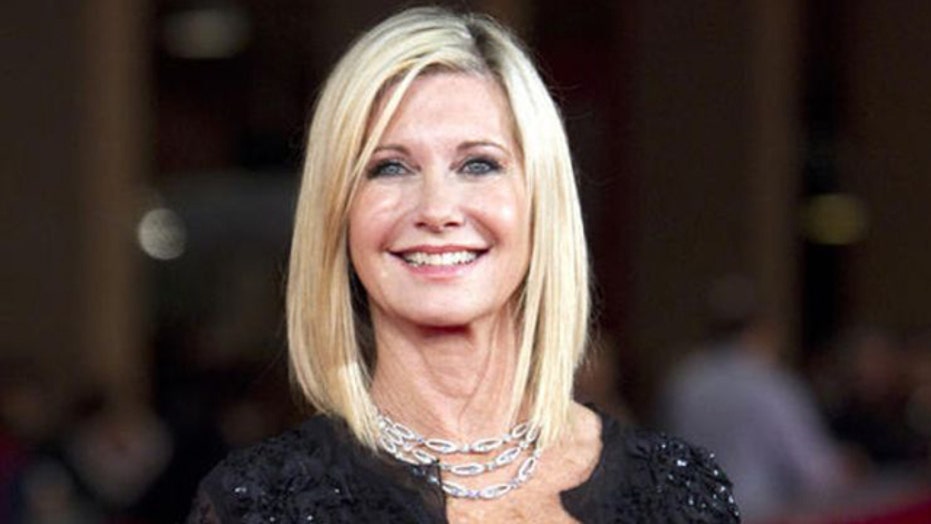 Newton-John says Travolta a no show in Vegas

Matt Finn talks with Olivia Newton-John about the success of her Vegas show, Grease and John Travolta

“I’m really excited,” Newton-John said. “I really enjoyed being here and doing the shows and sleeping in the same bed every night in this beautiful place, all of my friends being able to come see me. And, having my band, having a consistency of sound. It’s really been wonderful.”

"Summer Nights" at the legendary Flamingo features a mix of Newton-John’s hits, including iconic tunes from "Grease." Newton-John will wrap up her first round of shows in January and then start new performances in March.

A lot of fans want to know if Olivia’s co-star, John Travolta, has been to the show.

“He says he wants to come,” Newton-John said. “He hasn’t arrived yet but I’m hoping that he will show up. He has another year now. So, you have another year to show up,” she joked.

These days it seems there are so many remakes of Hollywood classics. FOX411 wanted to find out if Newton-John would be a fan of a "Grease" remake.

“I think there is room,” Newton-John said. “I just think it’s always difficult when you remake something that’s so beloved as that movie. I’ve seen then do it with others and very often they haven’t worked.”

As the holidays approach, Newton-John says she plans to spend time with her family and friends in California. She says when it comes to singing Christmas carols, she likes to ditch the stage and sing with friends at an annual Christmas Eve dinner.

“I think that’s one of the most pleasant things is to sing around the piano and sing all the old carols,” Newton-John said.

In the spirit of giving around Christmas, Newton-John – a cancer survivor – points out that a portion of her ticket sales goes toward cancer research at the Olivia Newton John Wellness Center.