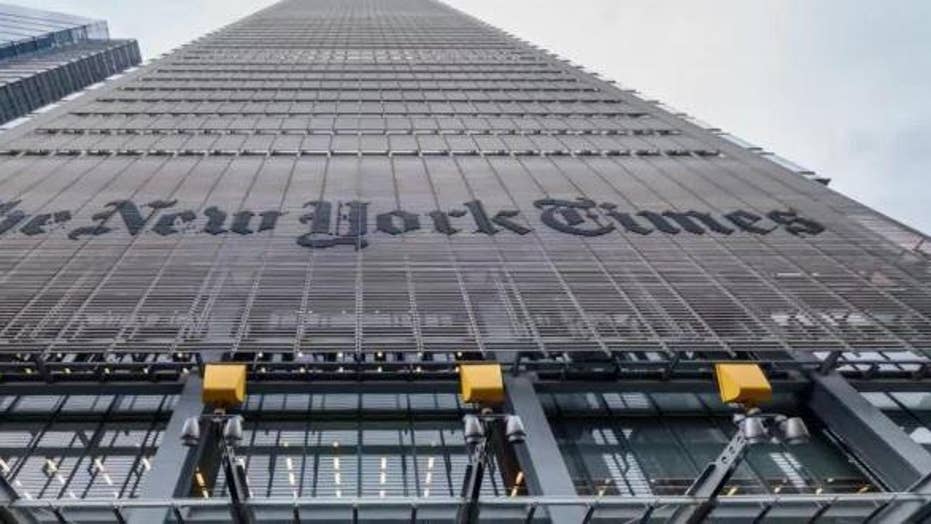 The New York Times is said to be cracking down on its reporters appearing on cable news shows it considers to be 'too partisan,' according to a new report.

A top editor from The New York Times declared the paper is not “anti-Trump” on Thursday despite the Gray Lady’s own staffers recognizing its liberal reputation.

“We are in no way anti-Trump,” deputy managing editor Rebecca Blumenstein said at the Financial Times’ Future of News event, according to reporters in attendance.

The Times has long been accused of leaning left, something the paper’s newsroom is very much cognizant of. A Times insider recently told Fox News that colleagues are aware of the paper’s reputation and are “rightly sensitive” about it.

The sensitivity regarding the paper’s liberal reputation has resulted in some top reporters being wary of appearing on far-left cable news programs such as MSNBC’s “The Rachel Maddow Show.” The Times insider said that appearing on such programs makes it hard to convince people they’re actually neutral reporters.

Despite acknowledging the liberal reputation, the insider said that most staffers truly want to be seen as down-the-middle journalists.

Blumenstein declared the Times isn’t “anti-Trump,” but the president might feel differently.

NEW YORK TIMES NEEDS TO ‘LOOK IN THE MIRROR’ IF IT THINKS MSNBC, CNN ARE TOO PARTISAN, CRITICS SAY

President Trump has an odd relationship with his hometown paper, as he regularly criticizes the way he is covered and mocks the Times as “failing.” However, Trump has also given Times’ reporters access that he does not often give other news outlets he frequently criticizes such as CNN.

One day before Blumenstein’s comment, the Times published a piece Wednesday titled, “The Articles of Impeachment Against Donald J. Trump: A Draft.”

The piece, written by a member of the newspaper’s opinion department, was put together by analyzing the articles of impeachment drawn up against former Presidents Bill Clinton and Richard Nixon.

“If Democrats do move to impeach Mr. Trump, the articles of impeachment drafted against past presidents will probably guide them,” an introduction to the hypothetical impeachment articles reads.