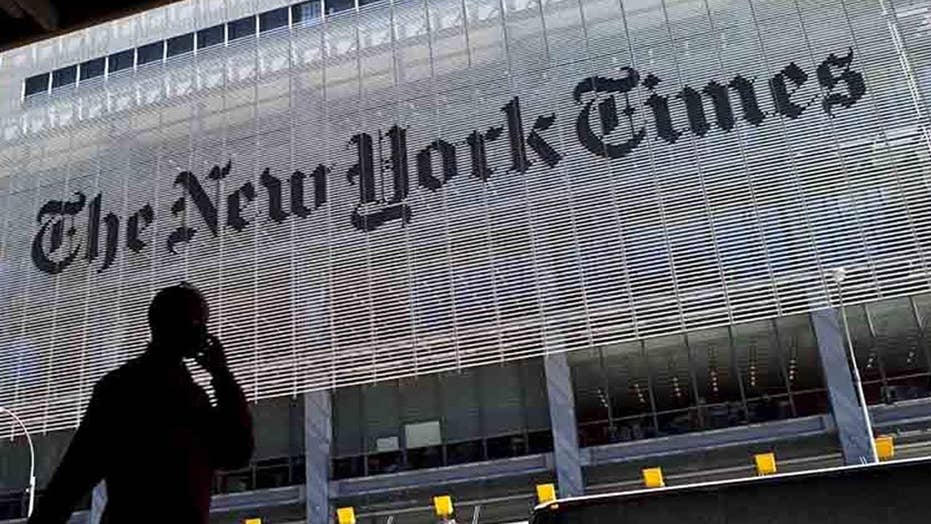 The New York Times apologized for including a racial slur “beaner” in crossword puzzle on Tuesday, as the editor responsible said his staff lives in "rarefied circles” and was therefore oblivious that the word is considered offensive.

“Beaner” is often used as a derogatory slur for people of Mexican descent. The term has been used in pop culture, including the 1980 film “Cheech and Chong’s Next Movie.”

The clue in Tuesday’s puzzle was “Pitch to the head, informally.”

"Tuesday’s Crossword puzzle included an entry that was offensive and hurtful. It is simply not acceptable in The New York Times Crossword and we apologize for including it," a Times spokesperson told Fox News.

Times crossword puzzle editor Will Shortz took to Twitter with an explanation of how the situation unfolded and why the slur was included in the puzzle.

“I am very sorry for the distraction about BEANER (2D) in today’s fine puzzle by Gary Cee,” Shortz wrote. “Neither Joel nor I had ever heard this slur before – and I don’t know anyone who would use it. Maybe we lived in rarefied circles.”

Shortz continued: In researching this puzzle, we discovered the other meaning of the word as a slur… My feeling, rightly or wrongly, is that any benign meaning of a word is fair game for a crossword.

The editor then used the word “chink” as an example, noting that it’s “benign in the sense as a chink in one’s armor.”

Shortz then declared that he might need to rethink his opinion on including words that can be considered slurs but also have a benign definition “if enough solvers are bothered.”

“I want your focus to be on the puzzle rather than being distracted by side issues. But I assure you this viewpoint is expressed with a pure heart,” he wrote. Meanwhile, for any solver who was offended by 2-Down in today’s puzzle, I apologize.”

The apology was quickly mocked on Twitter, as some users didn’t feel it came off as sincere.

“It's not a good look for the NYTimes when someone points out an obviously offensive puzzle answer prior to publication and the editor's reaction is, ‘Meh. I've never been offended by that word, so I'll let the answer stand.’ I think you guys can do better,” one user responded.

Another wrote, “I didn't know what this was, but when I googled it, the slur was the very first entry, a dictionary definition. The vast majority of results were the slur. No idea what the legitimate use of the word is.”

Back in 2005, the Washington Post examined the history of the word “beaner” when comedian Carlos Mencia was under fire for casually using it. The paper noted that it stems from the term "bean-eater" and noted that it’s typically “used mostly in crude anti-Mexican diatribes about immigrants, illegal and otherwise.”

Ethnic studies professor at the University of California, Riverside Armando Navarro told the Post, "It's a derogatory word. No, let me amend that. It's a racist word.’