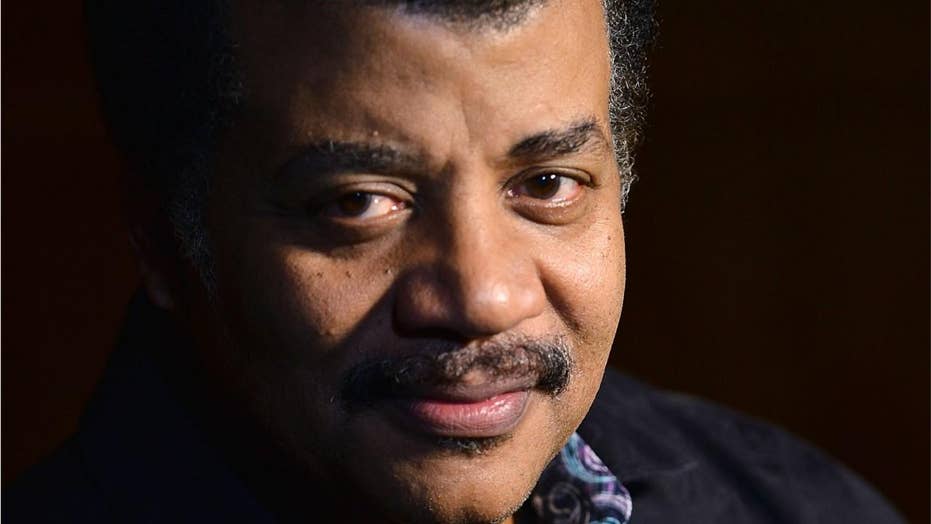 Astrophysicist Neil deGrasse Tyson is addressing allegations made by at least 3 women into claims of sexual misconduct.

Following recent allegations of sexual misconduct, Neil deGrasse Tyson’s talk show, “StarTalk,” is on a hiatus while the claims are investigated by the National Geographic Channel.

The National Geographic channel said Thursday new episodes of the science-based talk show won't air until an investigation involving Tyson is completed, which could be within the next few weeks.

Late last November, National Geographic Networks and Fox said they would examine claims that Tyson behaved in a sexually inappropriate manner toward two women. In addition, Tyson was expected to host a new edition of “Cosmos: Possible Worlds,” a series he revived in 2014, in March. However, that’s on hold as well.

As previously reported, Tyson has been accused by multiple women of misconduct, stemming from allegations made by three women to Patheos, a religion and spirituality website. One woman, Katelyn Allers, an associate professor at Bucknell University, recalled being groped by Tyson at a 2009 event. A second woman, Ashley Watson, claimed she was forced to quit her job as his assistant after he made sexual advances toward her. The third woman, Tchiya Amet, accused Tyson of drugging and raping her when they were grad students in Texas in 1984.

In a lengthy Facebook post, Tyson addressed the misconduct allegations offering his version of the events and denying any inappropriate touching or rape. However, he did apologize for making any of the women uncomfortable.

"StarTalk" began its fifth season Nov. 12, with a handful of episodes aired before the show was put on hold. Guests for the previously announced 20 episodes include former Vice President Al Gore, writer George R.R. Martin and actors Jack Black and Jeff Goldblum.

Tyson has yet to comment on the hiatus of his show.